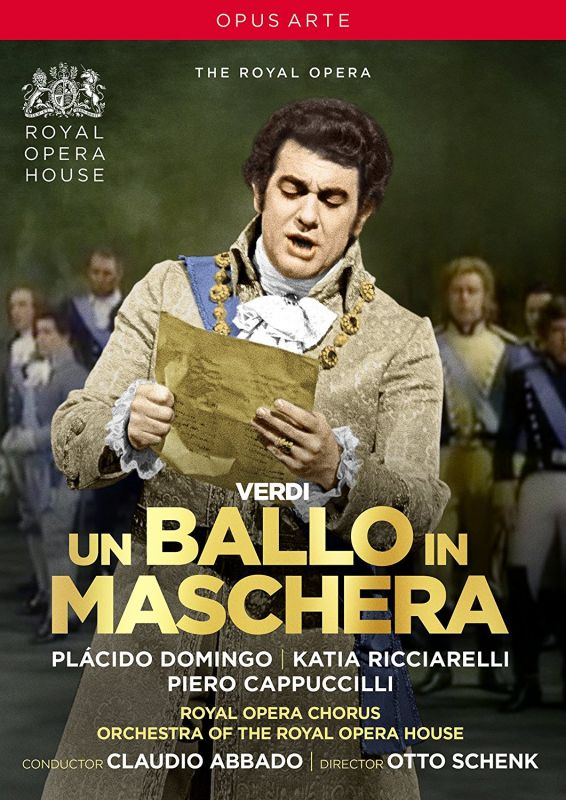 In the last decade or so Covent Garden has hosted two pretty dismal passes at Verdi’s conspiracy thriller – three if you count a visit from the Mariinsky with what one critic memorably labelled a ‘balls-up in mascara’. These successive failures cast a different light on Otto Schenk’s 1975 Royal Opera staging, with grand designs by Jürgen Rose.

Limited effort has been made to probe the murkier corners of the piece – some of which, in William Bundy’s lighting, are extremely murky indeed. Nor is the 18th-century society evoked here quite specific enough to stop one wondering whether we are meant to be in Sweden (as Verdi originally envisaged) or in Boston (where the opera was re-sited after the composer’s troubles with the censor), although in the end I concluded that colonial governors of America would probably balk at the watered silk frock-coat and gold brocade sported by Plácido Domingo’s Gustavus/Riccardo before he heads off for his last twirl on the dance floor. What Schenk achieves, however, is no mean feat: a show in which the main characters meaningfully interact, have credibility and generate sympathy. The chorus have been well drilled and no one looks like they don’t know why they’re there. Later that year Domingo would sing his first Otello. Here he is enjoying himself as a devil-may-care ruler with a twinkle in both eye and voice; one of Verdi’s most irritating heroes suddenly becomes charming, charismatic – almost irresistible: to adapt Dick Emery, he is awful, but we like him.

More applause, however, greets Piero Cappuccilli’s ‘Eri tu’ than Domingo’s ‘Ma se m’è forza perderti’. The seasoned Cappuccilli would have been better known to this crowd, perhaps, but as Anckarstroem he also offers a masterclass in what we really mean by ‘Verdi baritone’: weight goes behind words, the Verdian line is sustained on long, sustained phrases and the character’s essential nobility is beyond question. The relationship between king and retainer is what really gives this opera its sting. Cappuccilli’s Anckarstroem begins the drama indulging his puppyish prince in a fatherly fashion; when he realises he has to drown the puppy he conveys a palpable sense of bereavement and shame.

Katia Ricciarelli was at the start of her career here. ‘Ma dall’arido stelo divulsa’ lies just out of her comfort zone and her ‘blonde’ timbre won’t be to everyone’s taste, but she has both melting and majestic moments here, her ‘Morro, ma prima in grazie’ stirringly done. Some hootiness creeps into Elizabeth Bainbridge’s delivery as Ulrica, the fortune teller, but she makes her moment count. Reri Grist is impeccable as Oscar, high-spirited, infectiously warm, never simpering.

If the production as a whole is broad-brush, Claudio Abbado is laser-focused with the Royal Opera Orchestra, making a strong argument for Verdi’s score as one of his most psychologically astute and dramatically nuanced. There’s tremendous intensity when we need it – the staccato opening chords of Act 2 give us all the atmosphere the stage design does not – but there’s also flounce, swagger and glitter, all slowly curdling as the bloody climax moves inexorably closer.