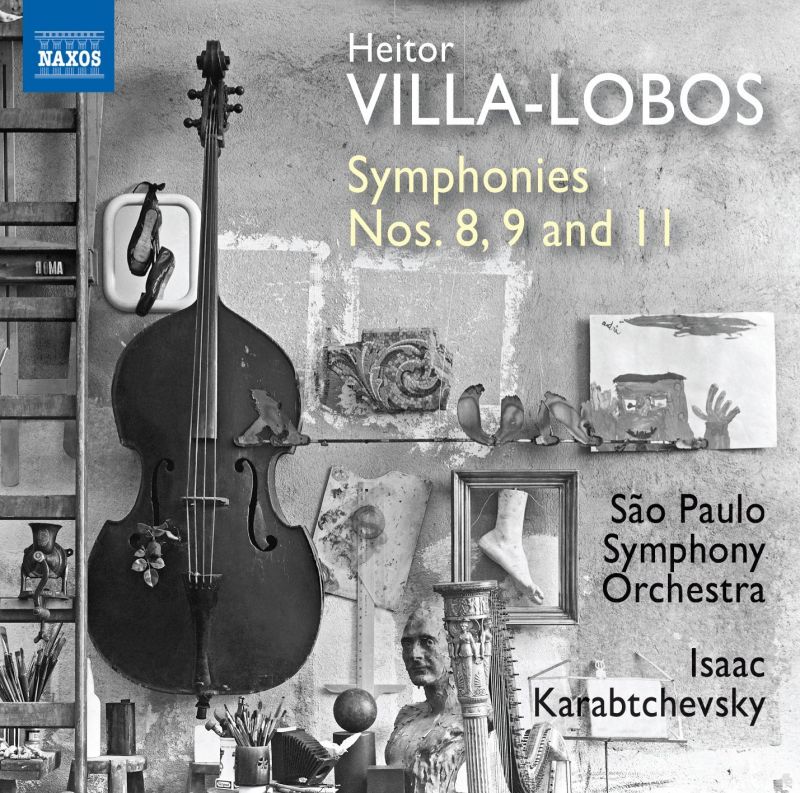 These symphonies, composed between 1950 and 1955, are fascinatingly paradoxical. All three are lavishly orchestrated and teem with activity, yet most of the musical material is terse, built from short motifs rather than the kind of expansive, folk-inflected melodies that one hears in the Chôros of the 1920s and Bachianas brasileiras of the 1930s and early 1940s – works that remain Villa-Lobos’s most popular. Here or there, a broad melody will unfold. The slow movement of the Eighth Symphony, for example, is dominated by a gorgeous, yearning theme first played by the cellos.

Curious, too, is how this terseness leads one to expect a certain architectural clarity, yet the actual structures Villa-Lobos creates rarely follow traditional forms. At times, in fact, it’s difficult to discern any form at all. Transitions can be brusque or non-existent, and several movements end abruptly. Despite these various peculiarities and incongruities, however, the music offers myriad rewards. There’s a sense of drama that I find distinctly (and appealingly) cinematic in its evocation of mood and atmosphere. Take the opening movement of the Eleventh Symphony, for instance: after excited fanfares that act as a Hollywood-worthy curtain-raiser, the music veers from the passionate to the suspenseful, and ends on an intriguingly ambiguous note.

The Eleventh was written for the Boston Symphony’s 75th anniversary, and the Eighth and Ninth were composed for the Philadelphia Orchestra. For a sample of the kind of virtuosity these scores require, listen to the final minutes of the Eighth (starting at 4'58"). The São Paolo Symphony face the many challenges admirably – that mad dash at the end of the Eighth is managed with remarkable finesse – and, unlike the rival account on CPO under Carl St Clair, Isaac Karabtchevsky’s sure-footed pacing conveys a deeper understanding of these scores. He also has the orchestra playing in better tune than St Clair’s, which makes an enormous difference in music as finely shaded as this. An absolutely essential release.