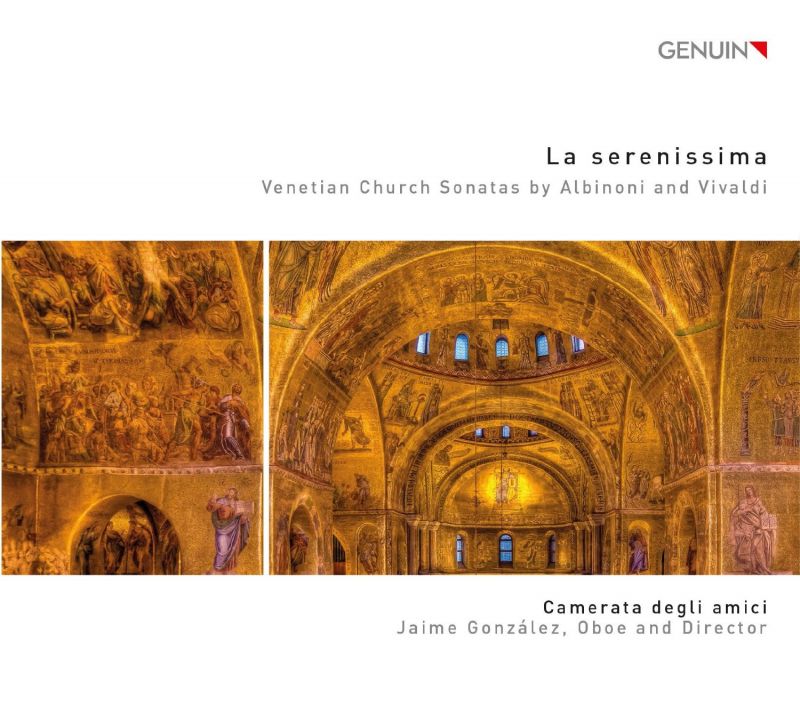 The misnomer sonata da chiesa for the Corellian sequence of slow-fast-slow-fast movements has somehow stuck for good, even if such sonatas did not have much direct connection to church services. This collection of ‘Venetian Church Sonatas’ presents the first half of Albinoni’s Op 1 Trio Sonatas, published in 1694 and dedicated to the Venetian cardinal Pietro Ottoboni (Corelli’s employer and also patron of Handel, Alessandro Scarlatti and Vivaldi).

The two upper parts, originally for violins, are played by Jaime González and Pietro Corna on modern oboes, and they are supported by a large continuo group of keyboard (organ and harpsichord), theorbo (occasionally using guitar), cello and bassoon. Those wanting to hear an authentically scored interpretation by two Baroque violins accompanied simply by harpsichord and cello can seek out a 2001 recording by Parnassi Musici, but Camerata degli Amici’s oboe-fuelled interpretations offer plenty of lyrical musicality, not least from the prominent bassoon’s jocular bass-lines and the discreet continuo contributions of lutenist Thomas C Boysen and keyboardist Torsten Johann (both alumni of the Freiburg Baroque Orchestra).

The programme is completed by two Vivaldi sonatas not printed during his lifetime: a trio sonata for two oboes and continuo (RV81) survives in Lund (Sweden), and the oboe sonata in C minor (RV53) is preserved in Dresden, which makes it seem likely that it could have been written for the Saxon court’s virtuoso oboist Johann Christian Richter (who visited Venice with the Dresden court orchestra); the Andante is played exquisitely by the partnership of González and Boysen.

Trio Sonata for 2 Oboes and Continuo

Sonata for Oboe and Continuo