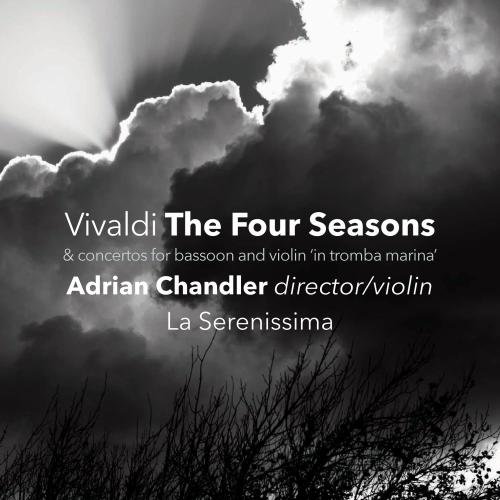 To celebrate its 21st birthday, one of the world’s leading exponents of the music of Vivaldi and his contemporaries has finally recorded a work that has rarely been out of its repertoire since this fine period instrument band’s inception. In doing so, La Serenissima, whose previous recordings have likewise rarely been out of the Gramophone Awards shortlists, gives us a Four Seasons for all seasons.

The group’s founder and violinist/director Adrian Chandler is not only steeped in the musical language of Baroque Italy, both vocal and instrumental; he is also fully conversant with its humanist wellsprings. Vivaldi’s sonnets and consequent programmatic signposting throughout the score are thus filtered through a more nuanced rhetorical vision that is more stage than page. The result is an intensely dramatic account that will add new spice to what has for many listeners perhaps come to resemble a dreary domestic relationship. Take, for example, the spacious birdsong, surging waters and thumping rustic dances of ‘Spring’; the languid heat and raging storms finding echoes in the cuckoo’s urgent call and the goldfinch’s stratospheric sweetness in ‘Summer’; the drunkard’s erratic progress mirrored in the hunters’ ebullience and the hunted’s tragic flight in ‘Autumn’; and the elements’ implacable indifference in ‘Winter’.

All – and this also goes for two superb bassoon concertos featuring the outstanding Peter Whelan and the two concertos for the three-stringed violin ‘in tromba marina’ – are realised in vivid colours through the agency not of gimmicky extremes of tempo and overly percussive effects but through an intelligent, imaginative approach to bowing, articulation and ornamentation across the board that both binds and differentiates. Despite having not yet recorded The Four Seasons, Rachel Podger is for my money the only Vivaldian who can challenge Chandler at the moment. Then again, they say geniuses often appear in pairs.

Concerto for Bassoon and Strings