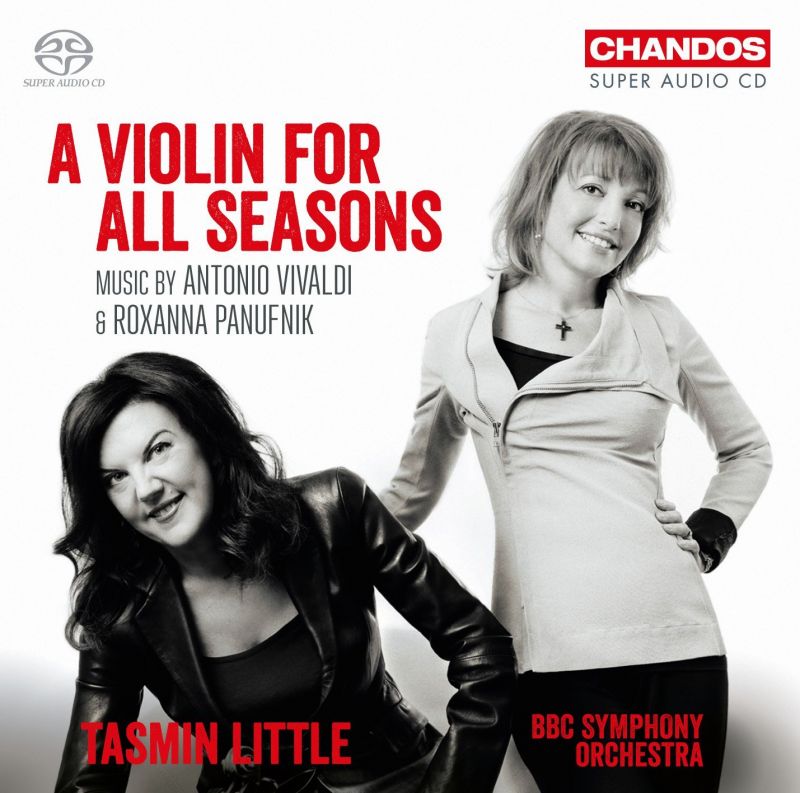 ‘I am not a Baroque player’, says Tasmin Little, and there’s nothing like laying your cards right out on the table. These are modern-instrument performances of Vivaldi with a big symphonic string section. And if you haven’t already run screaming for your Fabio Biondi or La Serenissima sets, you’re going to enjoy this disc a lot.

So in bounds ‘Spring’, strutting like a cockerel – bold, bright and infectiously (there’s no other word for it) springy. With Little directing from the violin, there’s a satisfyingly torrential heft to the downpours of ‘Summer’, just as the slow movements of ‘Spring’ and ‘Summer’ have a specially hushed intensity when played by a larger body of strings. No Kennedy-like deconstruction here: Little simply responds to the music with an open-eyed freshness and fantasy that’s all the more remarkable when you consider how often she must have played these works. She is lively and conversational, and conveys a vivid sense of character to her colleagues. Listen to the little icicle swirls from David Wright’s harpsichord at the start of ‘Winter’ or the gutsy pizzicatos in the final hunt of ‘Autumn’. Moments such as the inner movement of ‘Winter’, where Little drapes her lustrous tone all over the melody, are a delicious bonus.

Little’s virtuosity comes spectacularly to the fore in Roxanna Panufnik’s Four World Seasons – whether in the Piazzolla-like rhythms and stratospheric heights of the opening ‘Autumn in Albania’, a Himalayan winter scene complete with chiming, warbling Tibetan singing bowl, or Little’s fabulously free but precise birdsong imitations in the shimmering ‘Spring in Japan’. Panufnik has written a really effective response to Vivaldi, ideally tailored to Little’s artistry. Booklet-notes by Jessica Duchen are the icing on the cake.