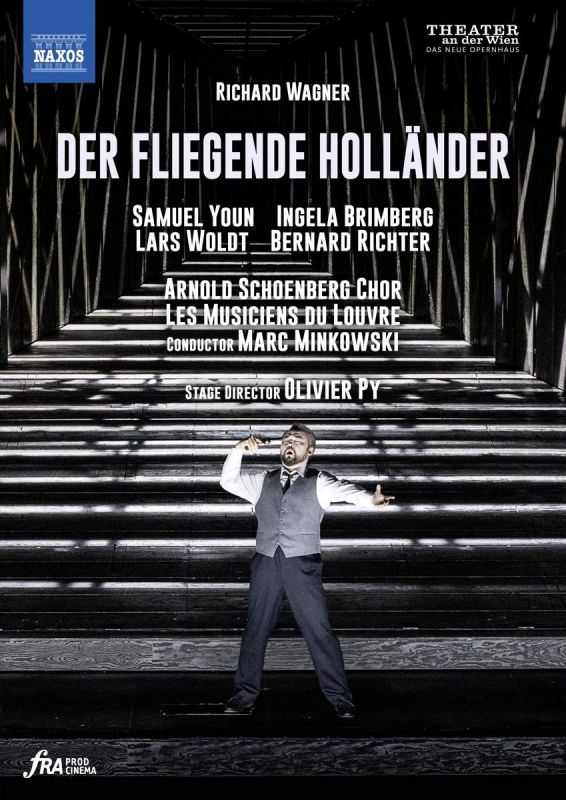 If your production concept for Wagner’s ‘Romantic horror’ takes you down the reasonable route that this is a show in itself about the Dutchman, it’s also reasonable that you might actually see its director onstage to be Satan himself. (He certainly gets many a name-check in the opera’s libretto.) So far so possible, including the ‘extra’ actor’s first appearance during the Overture at a dressing-room mirror to put on his make-up. But you might then hope that this added Satan (topless, with a skull’s death-mask face) would do more than reappear from the wings to match literal verbal cues and move around like an effete dancer, gesturing the title-role to be more, well, Satanic …

That’s the main disappointment of the production. Both Py and Minkowski have form in Wagner, the latter on disc (Naïve, 4/14) in this very early version of the score with the same Senta and orchestra. But Py does not have a lot else to say about the piece apart from moving the costumes to the time of the score’s composition and endlessly – and I do mean endlessly – revolving his central set component, a wall with gallery and walkways that serves quite effectively as ships in Acts 1 and 3 and Daland’s house in Act 2. (Incidentally, if we’re really doing the ‘first version’ – and we do hear its score and the original Scottish names for Daland and Erik – there should be intervals: not Wagner himself, nor Cosima, nor Wieland ever performed the opera as one continuous piece.)

Back to the motley. The cast is good and Brimberg especially is an exceptional Senta, able in both the heroics and the glooms of this tricky in-between role. Youn is very formal and not at all moving; Erik/Georg is (deliberately) rather wet. But, in the pit and perhaps most sadly of all, Minkowski brings little of the fire of his CD recording and sounds, with his Romantic pauses and swoonings, as if he would rather be conducting the later (‘normal’) version of the score. The filming has not got any kind of handle on the production’s lighting – which may be very subtle but it’s actually quite hard to see much detail, especially (and importantly) the principals’ faces.

There have been many imaginative Holländer realisations onstage but not too many have made it to official DVD. I’d stick with the older Kupfer from Bayreuth (DG, 11/91, 8/05) or the recent Homoki one from Zurich (DG, 4/15) and, sadly, give this new one a miss.