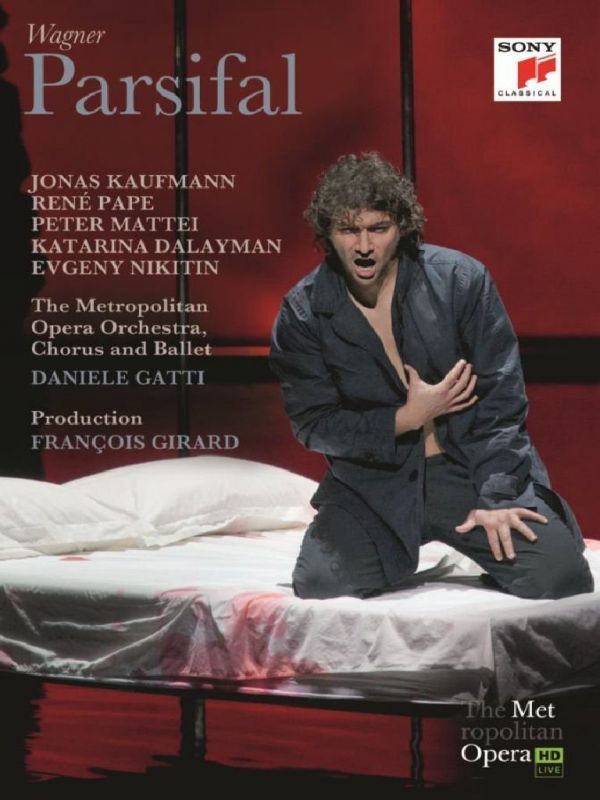 In some respects this is a traditional Parsifal, with spears, a chalice, a grave for Titurel, a bed for Kundry’s attempted seduction of the hero. But producer François Girard places such details in a postmodern context. First he launches the drama as if it were a rehearsal rather than the real thing, with Gurnemanz and the knights in white shirts and slacks. Then he downplays aspects that could be more naturalistic – like the pastoral idyll of the Good Friday scene – while exaggerating elements which Wagner himself presented with relative restraint; the flowing and staining effects of blood in Act 2, for example.

Significant details are inevitably lost when a darkly lit production using the full dimensions of the Metropolitan Opera stage is viewed on a small screen. I was impressed by the austere grandeur of some episodes, alienated by the abstractions elsewhere – especially in the ceremonial scenes that end Acts 1 and 3, where the vagueness of the terrain risks neutralising the impact of the enacted rituals, with their focus on Amfortas’s physical agonies. This uneasy mix – reinforcing the obvious while side-stepping certain essentials – also transfers to the musical dimension.

Daniele Gatti has sometimes been accused of failing to access the proper pace and inner life of Wagner’s score; his laborious slowing down for the Act 1 transition music illustrates the problem. But there are compensations. The orchestral sound is consistently rich and resonant, and the singing is – without exception – mesmerisingly in tune with the production’s highly stylised ritualism. The impassioned intensity Jonas Kaufmann brings to Parsifal’s music is matched by the rhetorical conviction of Peter Mattei’s Amfortas and Evgeny Nikitin’s Klingsor, and complemented by the warmer qualities of Katarina Dalayman’s Kundry and René Pape’s Gurnemanz. Nevertheless, it is as if the opera’s much-vaunted notions of compassion and redemption are being coolly appraised rather than vigorously affirmed or contradicted. This is very much Wagner for the 21st century.