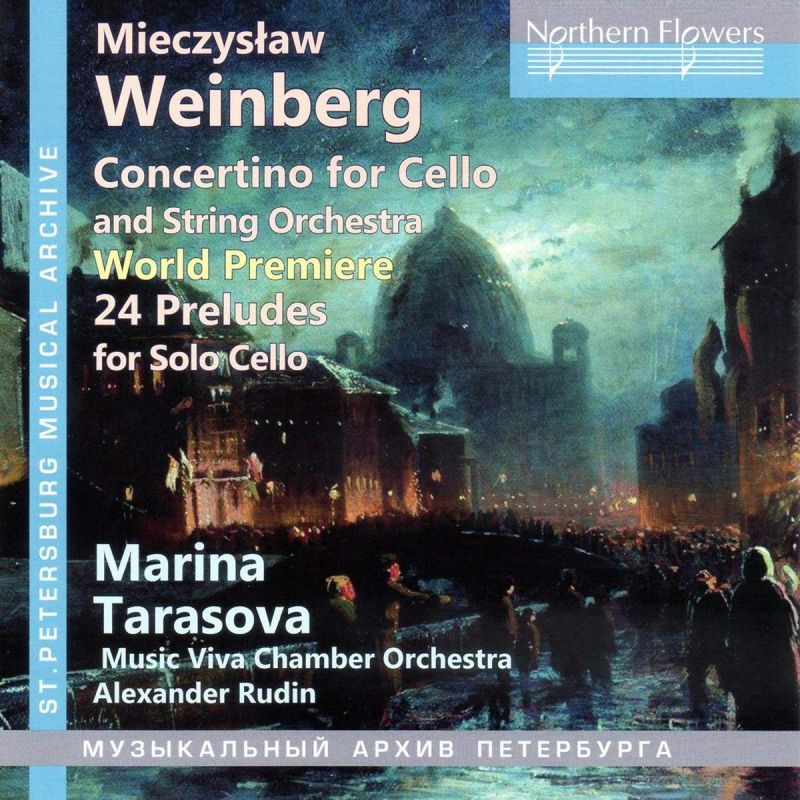 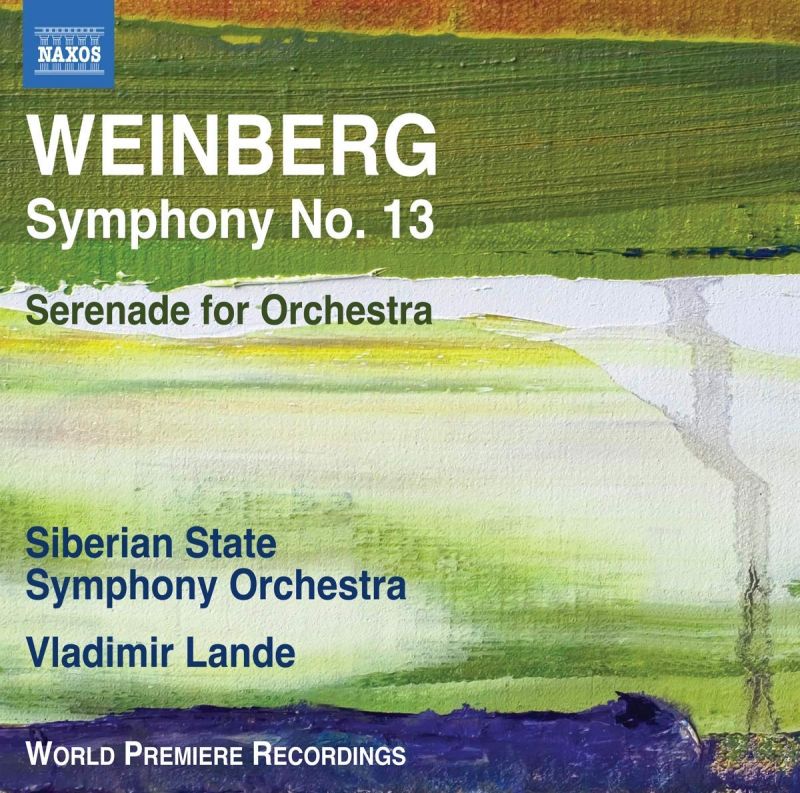 The premiere recording of the Thirteenth Symphony is a major event for Weinbergians. After this there are only three symphonies – Nos 9, 11 and 15 – that still await their recorded debuts.

The Thirteenth’s long wait from the time of its composition (1976) until now is not exactly hard to explain. So abrasive is its musical language, so unremittingly dark its moods and so uncompromising its technical demands throughout its single 35-minute movement that austere barely begins to describe it. For comparison I can only suggest the 13th (coincidentally) of Myaskovsky or the later symphonies of Schnittke (Nos 6 8). Kudos to Vladimir Lande and his Krasnoyarsk musicians, who square up to every challenge except for one chronically exposed passage for first violins, which they understandably depute to the leader solo. The future may bring more polished and richly coloured accounts but it will be a brave orchestra that ventures to compete.

If all this sounds terribly off-putting, there is a way into the piece, at least for those familiar with The Passenger. Weinberg self-quotes from three passages in his Auschwitz-based opera that accompany appalling events such as the hauling off of female inmates to their deaths or the title-character’s reflections: ‘Will people ever remember us? Will they remember our lives? Our torture, our suffering?’ Knowing this – and bearing in mind the symphony’s dedication to the composer’s sister, who perished in the camps – the wandering balefuleness, lightened only by writhing agony, splintery protest, starts to fall into place.

As if to sweeten the pill, Lande offers the easy-going Serenade of 1952 as a coupling. This was actually one of the first of Weinberg’s works to be released in the West (on a 1956 Westminster LP). Anyone who encountered that frankly rather feeble performance and its dreadful recording would have been pardoned for relegating Weinberg to the ranks of third-division Soviet tunesmiths, forgivable only because the Serenade was labouring under the late-Stalin-era yoke of more or less compulsory accessibility. However, Lande and his players manage to find considerable charm and energy in the piece. Admittedly its genial opening comes as a shock after the catatonic ending of the symphony, but no one could begrudge the orchestra this relaxation.

Composed in the summer of 1948, the Cello Concertino is another product of the fall-out from the anti-formalism campaign; its four movements are as modest in scale as those of the Serenade and as full of the spirit of song and dance. There the similarity ends, however, because the Concertino is as individual, dark and specifically Jewish in its intonations as the Serenade is anonymous, instantly gratifying and generically folkloric. For reasons that are easy to guess but impossible to document, Weinberg put the score aside until 1956, when he recomposed and expanded it to twice its length, rebranding it as a concerto (premiered and championed by Rostropovich). The original score remained in the collection of a friend and was only premiered in 2017.

Marina Tarasova is alive to the klezmer intonations that surface most obviously in the Scherzo third movement, and in general this first recording makes a far stronger case for the work than its Moscow concert premiere with different artists. Perhaps it is the freshness of early encounters, but for the moment I’m actually inclined to favour this first, more concise version of the piece, and I would not be at all surprised to see cellists and string orchestras latch on to it with grateful enthusiasm.

In the 24 Preludes – one of Weinberg’s more stylistically adventurous opuses, from 1969 – Tarasova has strong competition in the shape of Yosef Feigelson. But her range of colour and attack are equal to his, as is her ease in the most hair-raising passages, of which there are quite a few. Another unmissable disc, then, for Weinberg followers.

Concertino for Cello and String Orchestra