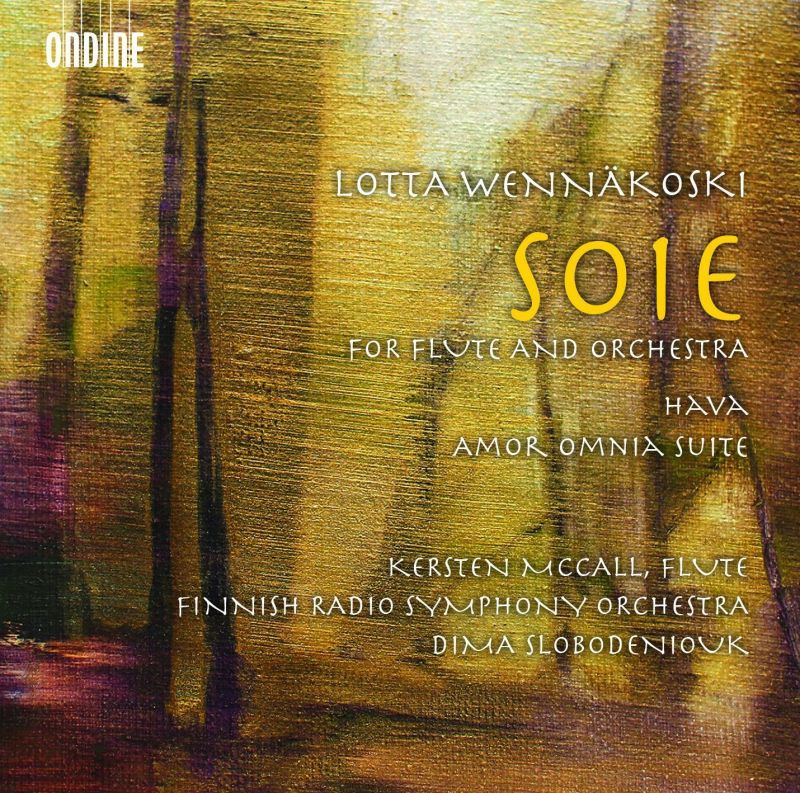 Lotta Wennäkoski has made it easy for people who want to listen properly to her beautiful music. The three movements of her flute concerto are named in French (presumably as the Finnish words don’t fit and the English ones are too prosaic): ‘Voile’ (sail), ‘Lin gros’ (rough linen) and ‘Soie’ (silk). The three movements, for all their individuality, are wonderfully representative of those three textures.

Wennäkoski gets to the ‘light, translucent billowing fabric’ of ‘Voile’ with intensely detailed scoring and a large orchestra as if viewed from the wrong end of a telescope in its focus yet often incredibly spare and controlled. Now and then the ensemble collapses into a junction as if a ripping gust has caught it like a loose jib. There’s a physicality to the music, as in ‘Lin gros’, when the orchestra suddenly leaps out of its background role into a snarling confrontation. ‘Soie’ is full of tiny detail, rippling through the orchestra from the soloist’s keys – the flute’s notes always about wind, never about accommodating a musical idea that could have been realised elsewhere.

To my ears there’s more needless gesture and not the same level of distilled craft in Hava, a ‘fast texture piece’ that’s not invested with quite enough momentum to maintain the motion, despite some alluring passages. It can be hard to get a handle on the suite Amor omnia, compiled by Wennäkoski from her full length score to Konrad Tallroth’s tragic-romantic silent film, without the accompanying pictures – which might explain the sense of undertow that seems to uncannily stalk the music, even in silence. There’s a consistent exploration of orchestral light, translucence and patience (shades of Kaija Saariaho), while Wennäkoski certainly has a penchant for the sudden grand gesture (shades of Magnus Lindberg). Plenty of evidence why this composer has long been considered ‘one to watch’ in Finland.