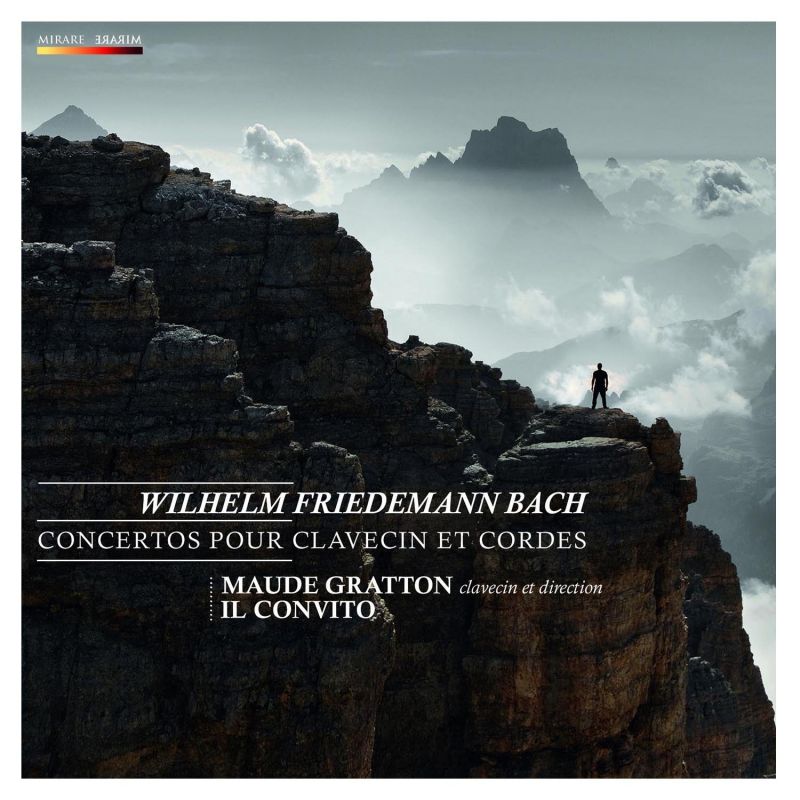 Bach’s eldest son, for whom the weight of his father’s inheritance – emotionally and otherwise – contributed to his dispersing the chattels to mitigate his famously precarious professional existence, finds glistening and characterful advocacy here in Maude Gratton’s brilliantly projected recital with her one-to-a-part string group, Il Convito. WF Bach often comes with a staple diet of reputational baggage (before one hears a note), but this programme challenges the notion that only the solo keyboard vignettes deserve a place in the repertoire.

From the beginning of the melancholic questing of the A minor Harpsichord Concerto to the highly wrought pushmi-pullyu of the significant E minor work, a riveting concentration of harmonic and textural detail emerges. It’s a style that sails a course straight between his father’s motivic tautness and the dissenting galant of his peers, and it finds its best expression in the framing works, from his early and late periods (c1730 and 1770).

What Gratton and Il Convito convey so persuasively in their assuaging and elegant performances is that, beyond Wilhelm Friedemann’s capricious figures, mental robustness and vulnerability cohabit as a kind of conceit. This is perfectly exemplified in the knotty Sinfonia, acting as one of two diverting links between the concertos: JSB’s muscularity at once yields to the fickle asides of CPE Bach but with Wilhelm Friedemann adding a dose of studied instability.

Whether it’s really all conceit or part-autobiography, the WFB experience is rarely relaxing. The layering of filigree, which doubtless encouraged Carl Zelter, Mendelssohn’s teacher, to judge his music as ‘petty and fussy’, is handled with exceptional sangfroid by Gratton and her colleagues, letting the music speak openly in her engaging and unforced solo playing, with the dark-hued strings responsive and mainly in tune.

Something never quite adds up in WF Bach. Paradoxically, intelligent recognition of this by performers leads to an idiosyncratic flair which is well worth exploring. Most beguiling is the little Minuet from the Sinfonia: a vignette, unsurprisingly. This is a release that tells us a little bit more about this talented but awkward offspring of a very great father.