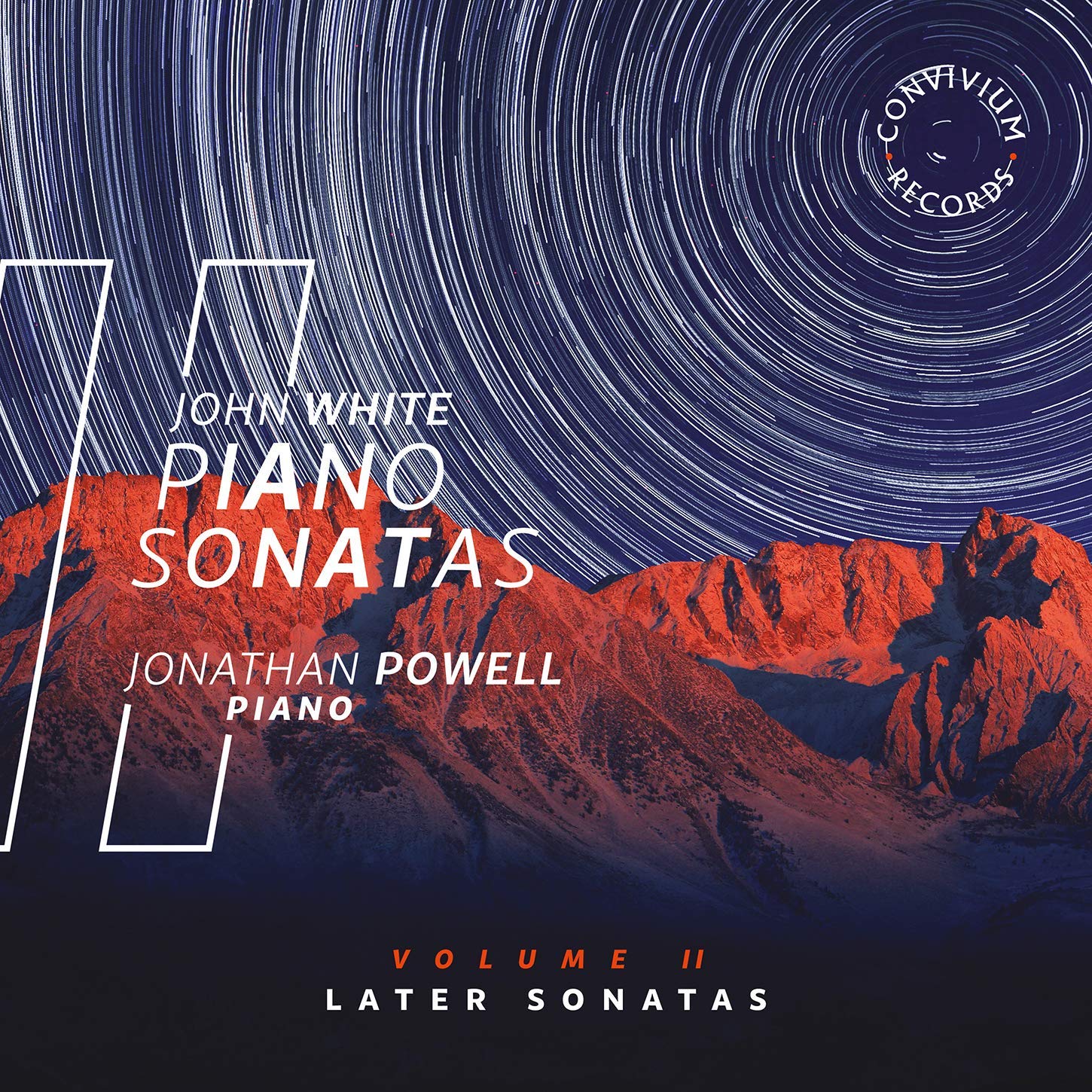 The sonatas of John White – 180 and counting – rank among the largest and most varied corpuses of piano music in the post-war era. Nor have they lacked advocacy: Colin Kingsley’s pioneering selection (Lyrita) was followed by collections from Roger Smalley (NMC), Dave Smith (UHR) and Jonathan Powell, whose follow-up focuses on the sonatas composed during 1980-2008.

What comes across most clearly is White’s compendious knowledge and tangible enthusiasm for the piano repertoire, with an ease (never facility) in rendering this from a personal (never indulgent) perspective. Ranging in their duration from a 45-second birthday tribute to a seven-minute balletic ‘adage’, these 18 sonatas – all single movements – are never less than arresting in their expressive obliquity and technical finesse. Space precludes more inclusive discussion, but newcomers ought to sample No 105, with its joyous eliding of traits derived from Busoni and Gershwin; No 127, with its pensive homage to Bill Evans; No 138, with its fond evocation of a scene from Molière; or No 164 in its calmly insistent pivoting between the ominous and the equivocal.

That said, the sequence as presented makes equal, if not better sense when heard as an entity evolving over and between individual sonatas – a tribute to the conviction Jonathan Powell invests in this never less than fascinating music. Highly realistic and detailed piano sound, along with an insightful overview of the composer and pert observations on each piece. Is it likely to build into a Convivium intégrale of White’s sonata odyssey? One can only hope so.