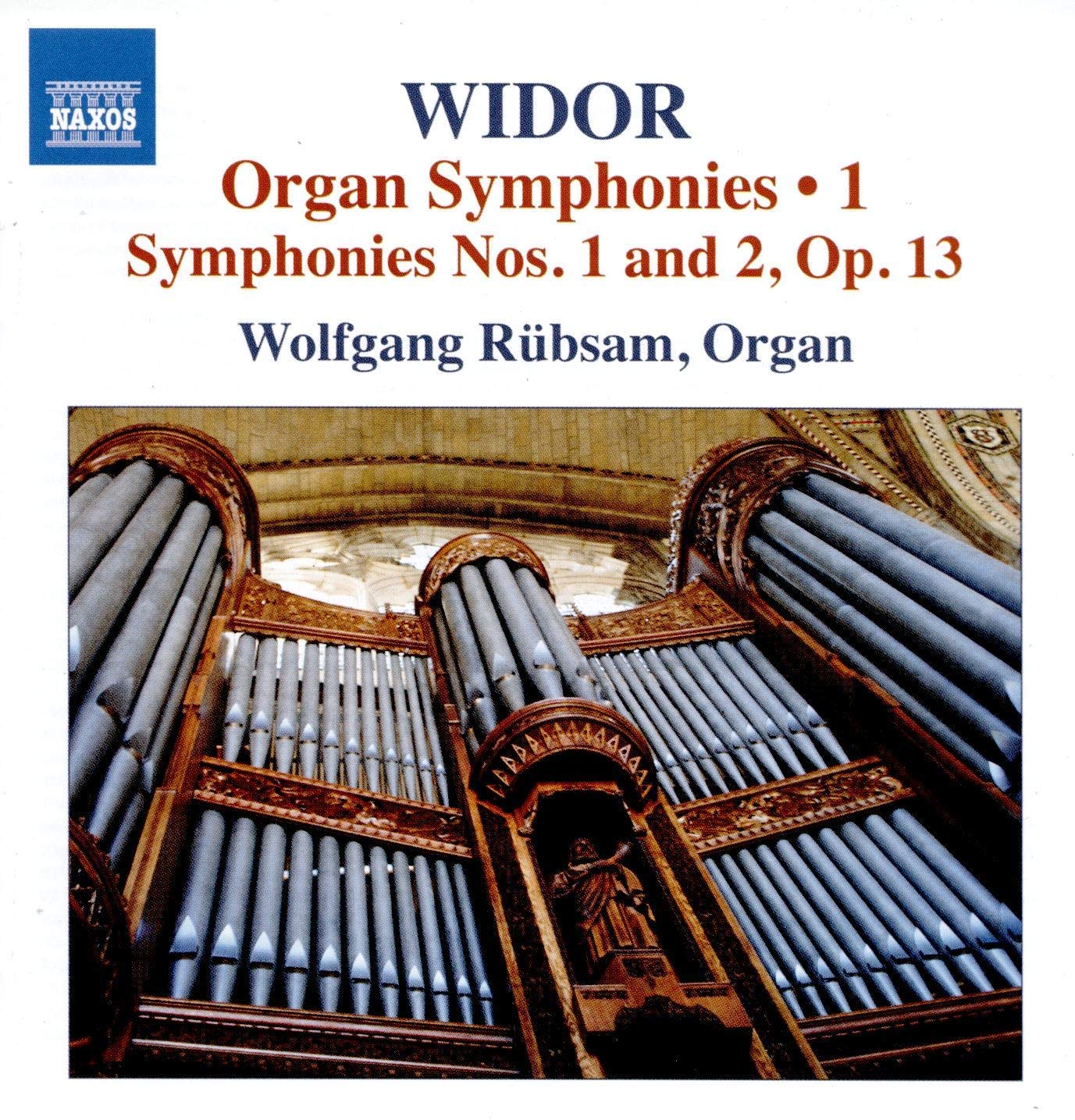 The booklet with this first disc in the Naxos cycle of Widor organ symphonies informs us that the restored 1928 EM Skinner organ in the Rockefeller Memorial Chapel of the University of Chicago is ‘the largest pipe organ in Midwest America’, with 132 ranks and 8565 pipes. More than enough, you would have thought, to do ample justice to the ‘combinations of colour, sonority and texture’ Widor was seeking out in his symphonies.

However, the overriding impression here is not of great size or timbral scope but of a surprisingly soft-hued and smoothly blended instrument, in which nothing really stands out but where everything coalesces into a homogeneous whole. Many will miss the aggressive reeds, the distinctly voiced solo flutes and the sheer raw power of a Cavaillé-Coll, but this very smooth-toned instrument certainly bathes Widor’s music in comfortably warm hues.

Wolfgang Rübsam is no stranger either to recording (his personal discography amounts to over 100 recordings) or this particular instrument; he served as organist to the University of Chicago for almost a quarter of a century. That ease with the recording environment and that familiarity with the instrument results in performances which are, essentially, comfortable, relaxed and graceful. He is not out to make big sweeping gestures or indulge in shock tactics; and while this allows us to hear the music of Widor unmolested by interpretative nuances designed to show off aspects of the instrument or the player, the general lack of distinguishing features means that after a while it all rather subsides into a hazy blur.

Under Rübsam the ‘Marche pontificale’ of the First Symphony lumbers along so ponderously it loses any sense of purpose, while the gentle ‘Pastorale’ of the Second seems so lumpy that it is difficult to follow quite where the music is going. But since neither the First nor the Second Symphonies of Widor have any of the big, dramatic movements which have made the subsequent ones (notably the Fifth) so popular, it is not entirely Rübsam’s fault that this all sounds so featureless.

Symphony for Organ No 1

Symphony for Organ No 2