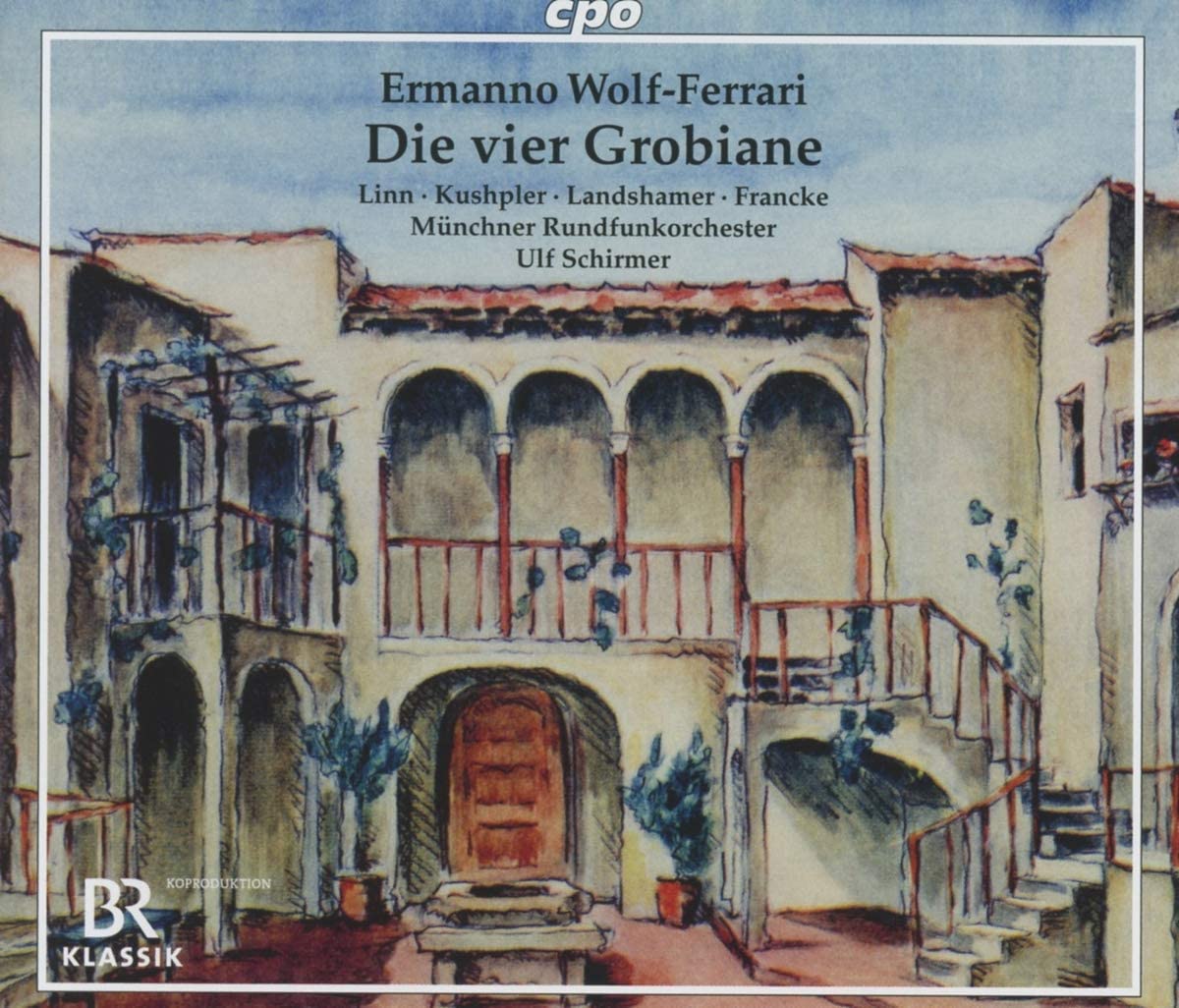 Ermanno Wolf-Ferrari, the son of a glamorous Venetian mother and a Bavarian artist father, produced several estimable hits during his heyday but fell foul of his dual identity as European nations turned on one another in the First World War. Ulf Schirmer and his Munich orchestra are gradually aiding our reassessment of his output, and follow up their recording of Le donne curiose (as Die neugierigen Frauen, 9/15) with a fine account of I quatro rusteghi, also based on a play by Carlo Goldoni, and also presented in German – the language in which it was premiered in Munich in 1906.

For many it’s Wolf-Ferrari’s masterpiece, and it’s a remarkable score: suffused with easy-going Italianate melody and rhythms, remarkably light on its feet at a time where operatic humour was often somewhat harrumphing. Indeed, the harrumphing is done by the four male ‘curmudgeons’ of the title (the word is not easy to translate), who rail harmlessly about being easily outwitted by the opera’s wily women.

The action revolves around a young couple wanting to see each other ahead of their arranged marriage and are then found out for having been allowed to do so. That couple, Lucieta and Filipeto, have strong echoes of Fenton and Nannetta in Verdi’s Falstaff, and indeed there are plenty of echoes of the older composer’s masterpiece in the swift comic rhythm and the patter ensembles (there’s also a hint of David’s music from Die Meistersinger when Filipeto first appears). Wolf-Ferrari’s score seamlessly weaves in moments of expansive lyricism (inevitably less memorable than Verdi’s) with considerable skill, and the action is paced expertly.

There’s a lot to enjoy in this performance, too. Christina Landshamer radiates charm as Lucieta and Markus Francke is an ardent, youthful Filipeto. The other women, led by Christine Buffle, are a formidable bunch whose victory against the grumbling but ineffective quartet of teddy-bear-like upholders of the patriarchy (Peter Schöne, Jürgen Linn, Friedemann Röhlig and the veteran Victor von Halem) is always assured. The orchestral playing is fluent and well-turned, and Schirmer keeps everything ticking along beautifully. As a modern account of the score in German to complement Vasily Petrenko’s youthful account of the Italian version (Rubicon, 9/18), this can be safely recommended.