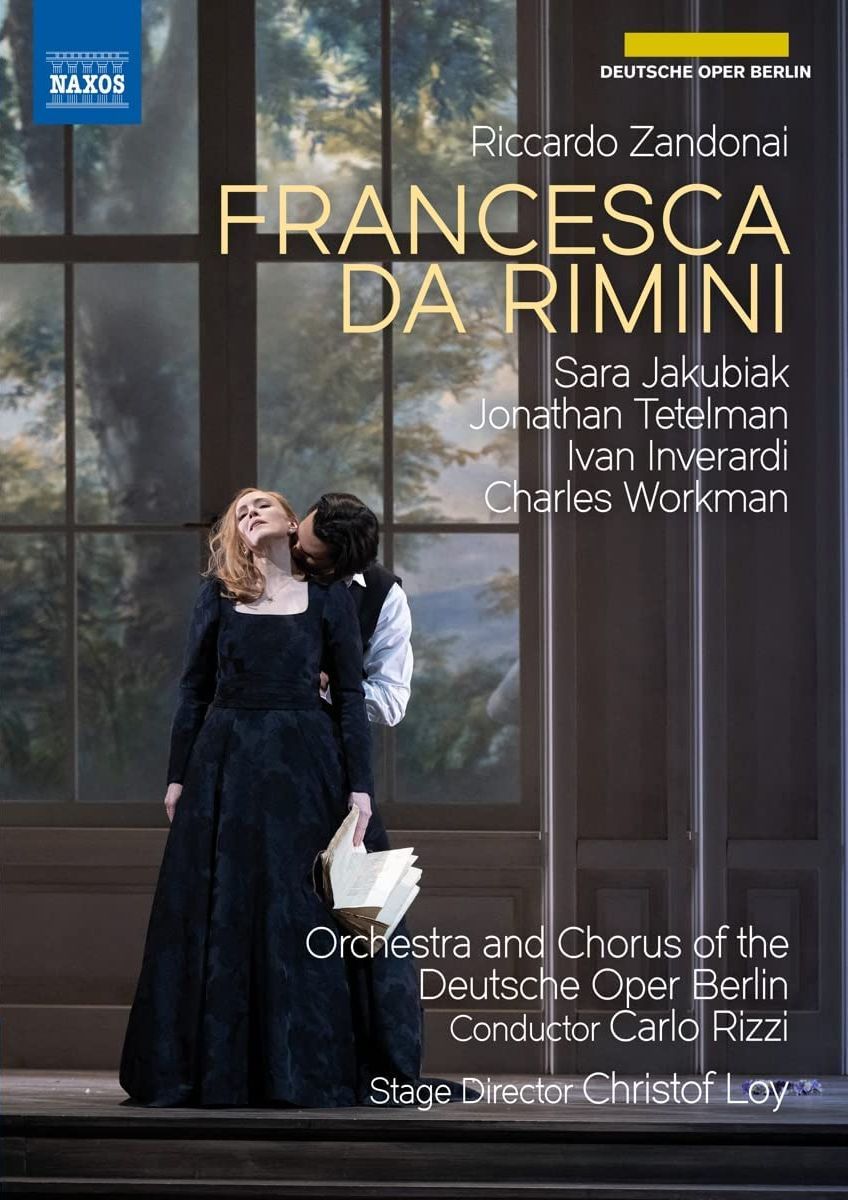 ‘What we’re really watching is a gathering of the damned’, writes Christof Loy in a note for his extraordinary Berlin production of Zandonai’s Francesca da Rimini. ‘Visconti’, he adds with provocative ambivalence, ‘was close to such figures.’ Damnation and Visconti lurk on the fringes of his staging’s frame of reference. Francesca and Paolo are the iconic lovers of Canto V of Dante’s Inferno, caught in flagrante and killed by Francesca’s husband, and Paolo’s brother, Giovanni (‘Gianciotto’) Malatesta, and condemned to be buffeted forever in an infernal whirlwind that mirrors the uncontrollable nature of their desire.

Dante, though compassionate, castigates their weakness of will, but Zandonai was the successor of generations of Romantics and post-Romantics (Liszt, Tchaikovsky, Rachmaninov), who viewed them as the tragic victims of unjust divine proscription. In Gabriele D’Annunzio’s 1901 verse play, Tito Ricordi’s abridgement of which forms the opera’s libretto, the lovers have become a pair of desperate, amoral sensualists, addressing each other in an ornate, sexualised language that owes much to Tristan, with which D’Annunzio was obsessed. Though allusions to Dante are spattered through the play (many are cut in the libretto), what lies in wait for the lovers beyond the grave remains unspoken.

The painstaking detail of Visconti’s films, meanwhile (the last of which was a version of D’Annunzio’s novel L’innocente), with their measured, inexorable pace and emphasis on aristocratic decadence, informs the style of Loy’s staging. The set is a claustrophobic drawing room that gives on to a closed veranda, beyond which is a classical garden out of Claude Lorrain, clearly visible at moments of passion or ecstasy, but obscured by hellish smoke as tension mounts and violence erupts. Suggesting the mid- to late 20th century, the costumes are predominantly black and white, relieved by occasional splashes of colour, whether the shock of bloodstains or the midnight blue gown that Sara Jakubiak’s Francesca dons just before the first love duet. Loy keeps Dean Murphy’s Giullare (‘travelling minstrel’) on stage for most of the work’s course, his red jacket and jeans marking him out as a perennial outsider from the world he observes, in which tensions fester and desire seethes continuously beneath the surface.

Musically, it’s tremendous. Singing with blazing conviction and remarkable tonal lustre, Jakubiak has all the vocal glamour and staying power that the exacting title-role needs. As handsome of voice as he is of presence, Tetelman makes an equally outstanding Paolo, glorious and effortless in his upper registers. Awareness of deceit, meanwhile, brings powerful rage and invective from Inverardi, while Workman turns Malatestino into a smirking psychopath, terrifying in his cruelty. The smaller roles are cast from strength: Murphy, mercurial yet sorrowful, is particularly good, as are Alexandra Hutton as Francesca’s otherworldly, fragile sister Samaritana and Amira Elmadfa as her knowing maid Smaragdi. In the pit, Carlo Rizzi forges an extraordinary unity from an astonishingly beautiful if eclectic score that folds into itself everything from Renaissance madrigals to dissonant eruptions worthy of Strauss’s Elektra, Debussian orchestral translucence and a lyrical vocal immediacy that at its best rivals Puccini. The whole thing is, I think, a great achievement. Do watch it.