BRAHMS; SCHUMANN Darlings of the Muses 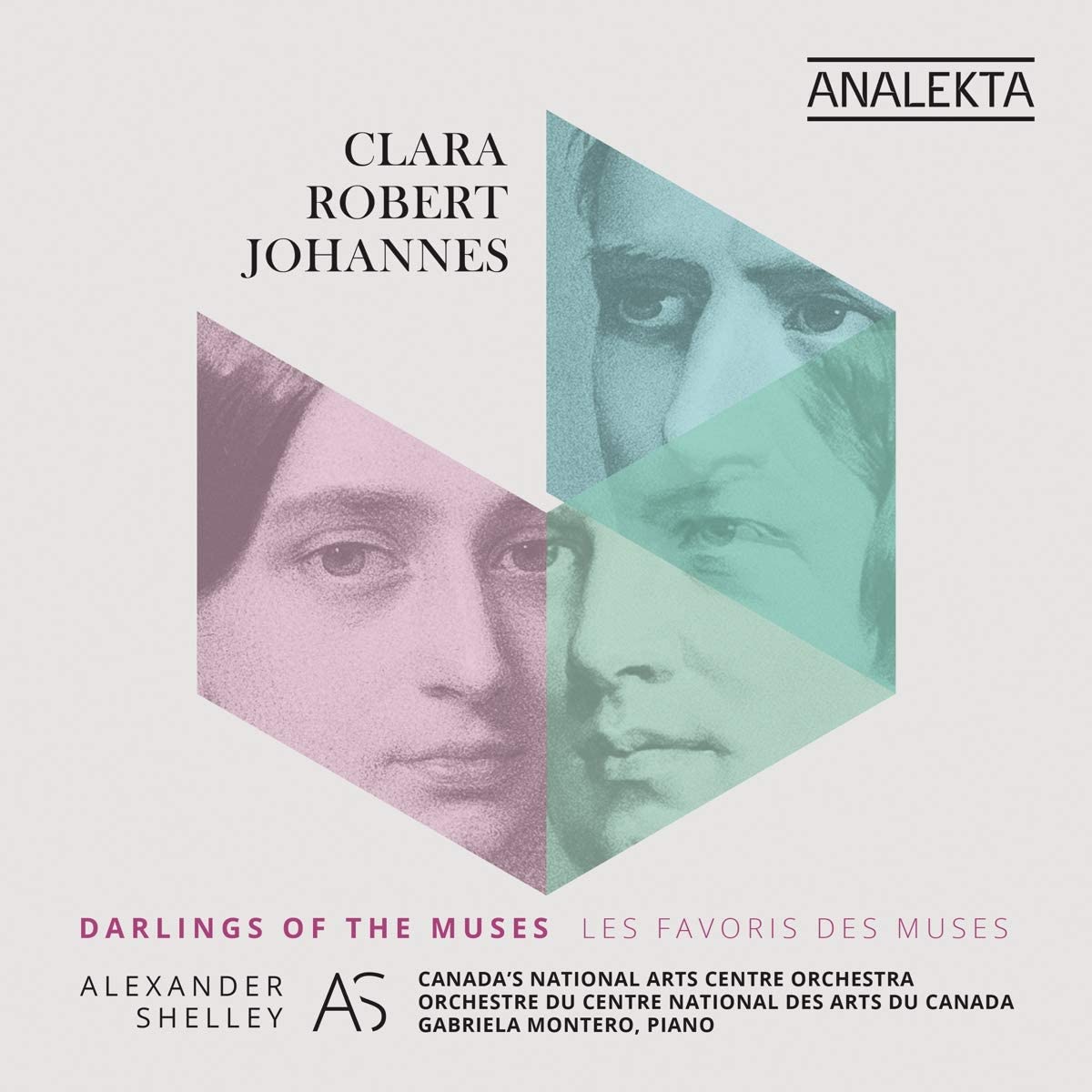 The big news here is the terrific playing of Canada’s National Arts Centre Orchestra. The strings, polished during Pinchas Zukerman’s 16-year tenure as music director, sound even more impressive under Alexander Shelley, who has led the orchestra since 2015. Their silky tone shines in the hymnlike passage near the end of the first movement of Schumann’s Spring Symphony (at 10'00"), for example, and displays solidity as well as depth in the finale of the Brahms. Indeed, Shelley seems to favour a rounded, string-heavy sound in general, so that even the most forceful fortissimo is sonorous rather than assertive. I’m quite taken by his emphasis on warmth and lyricism, though it comes at a cost, for while there are occasional moments of excitement – the final minutes of the Schumann, say – these are relatively low-voltage performances.

Rhythm is an issue. Shelley smooths over the syncopations in the Spring Symphony, for instance, and his relaxed reading of the dotted figures in the third movement of the Brahms make the music seem more amoroso than the marked grazioso. As a result, it’s the slow movements that are the most satisfying. Listen at 1'54" in the Andante sostenuto of the Brahms to how sweetly the violins phrase their yearning melody – and the exquisite liquid quality of the subsequent oboe solo deserves special mention.

This two-disc set is apparently the first instalment in a series focusing on the ‘love triangle’ involving Brahms and Robert and Clara Schumann. Gabriela Montero plays Clara’s youthful Piano Concerto with an expressive intensity that’s almost Brahmsian, and a far cry from the Mendelssohnian elegance Howard Shelley (the conductor’s father) brings to the score (Hyperion, 5/19). The finale feels a bit overlong here; Shelley père’s fleetness mitigates this feeling of protraction. That said, there’s an improvisatory quality to Montero’s playing that highlights the music’s florid inventiveness. She brings a touching sense of confidentiality to the central Romanze, gracefully aided by principal cellist Rachel Mercer.

The programme is filled out with five brief improvisations Montero says were inspired by her experiences playing Clara’s music. Judging these miniatures not as compositions but as musical thoughts captured on the fly required a conscious change in attitude on my part (and served as a stark reminder of how far removed our current notion of classical music is from the extemporaneous). This is a pleasurable task, mind you, especially as Montero’s imagination is so rich. I’m certain I’d never be able to tie her improvisations back to Clara if I encountered them outside this context – I hear nearly as much Rachmaninov as either Schumann or Brahms, honestly – yet I’m just as certain that that doesn’t matter one bit.

BRAHMS; SCHUMANN Darlings of the Muses