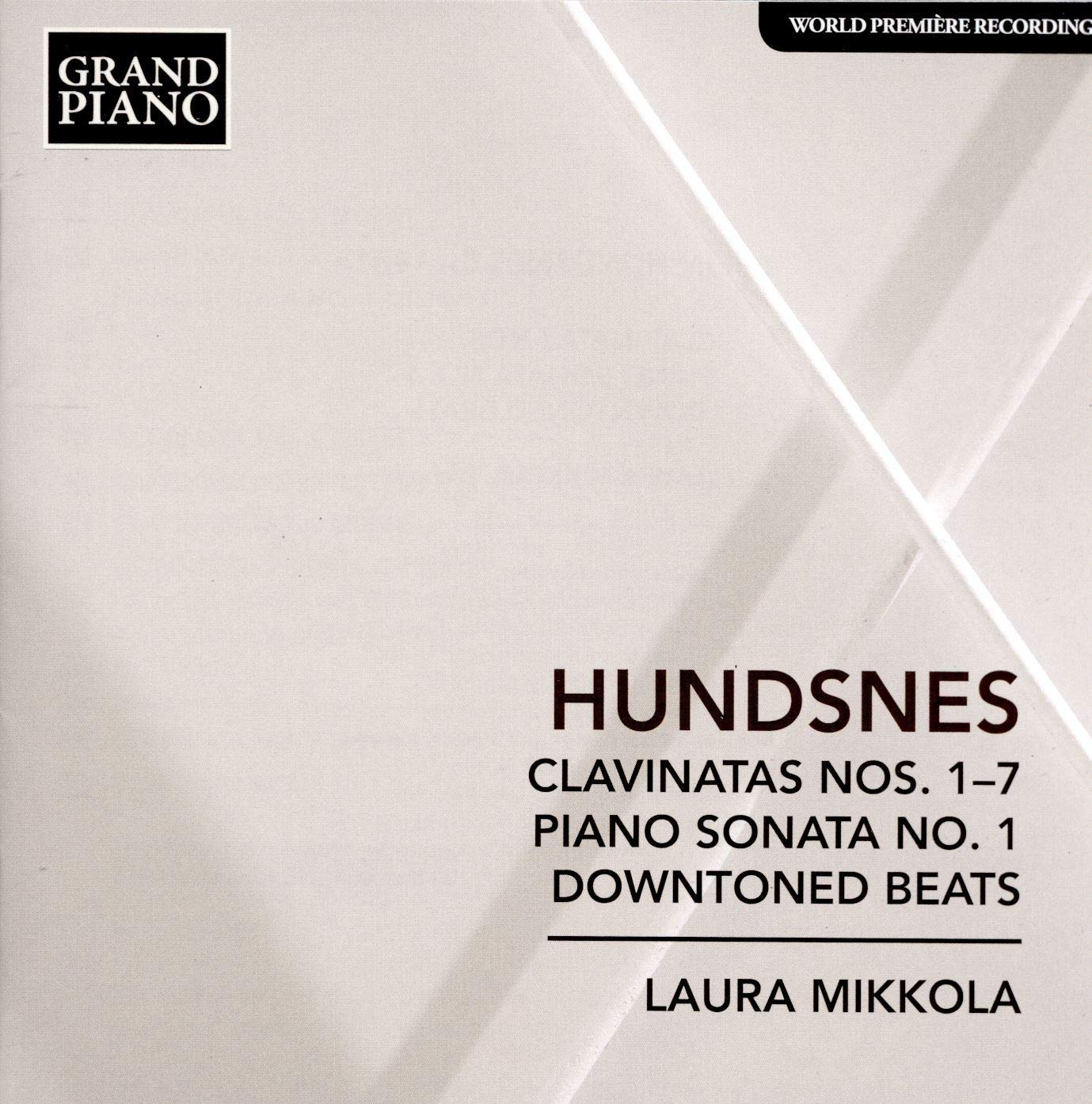 The Norwegian Svein Hundsnes (b1951) has composed three symphonies, concertos, two string quartets and several other works, but until now has been primarily a local phenomenon. Grand Piano’s claim that he is ‘one of Norway’s most important living composers’ should be treated with caution; this is the only available recording of any of his music in the Presto Classical listings, and there is no entry at all in the Norwegian equivalent, grappa.no. Even YouTube offers little aside from this disc’s tracks.

Listening to these piano pieces, beautifully and strongly played by Laura Mikkola, he strikes me as something of a crossover artist, and I gather he has worked a good deal in jazz, rock and ‘even funk’. This suggests he is not unlike the better-known Helge Iberg, who has also released classically orientated music in recent years. Hundsnes’s piano style seems to be rooted in the Romantic tradition, with a slight French accent. At times, as in several of the Clavinata pieces (2015 18), Hundsnes seems to be reimagining Prokofiev-style toccatas. Hundsnes defines a ‘clavinata’ as a ‘concentrated one-movement piece, which might have the intensity of a toccata’, adding that the form is more versatile. Although separate works, they go together either in small groups or as a larger set quite well, like a series of self-sufficient studies.

The two larger works operate in the same stylistic area. Sonata No 1 (2008-18) is cast in three movements, the outer ones turbulent and energetic framing an étude-like central span. Downtoned Beats (2013 15) is to my mind the most impressive and complete work here, a dance suite in four movements mixing elements and forms from the Baroque as well as modern pop music, though without any hint of pastiche, and creates something new. Grand Piano’s sound is excellent.