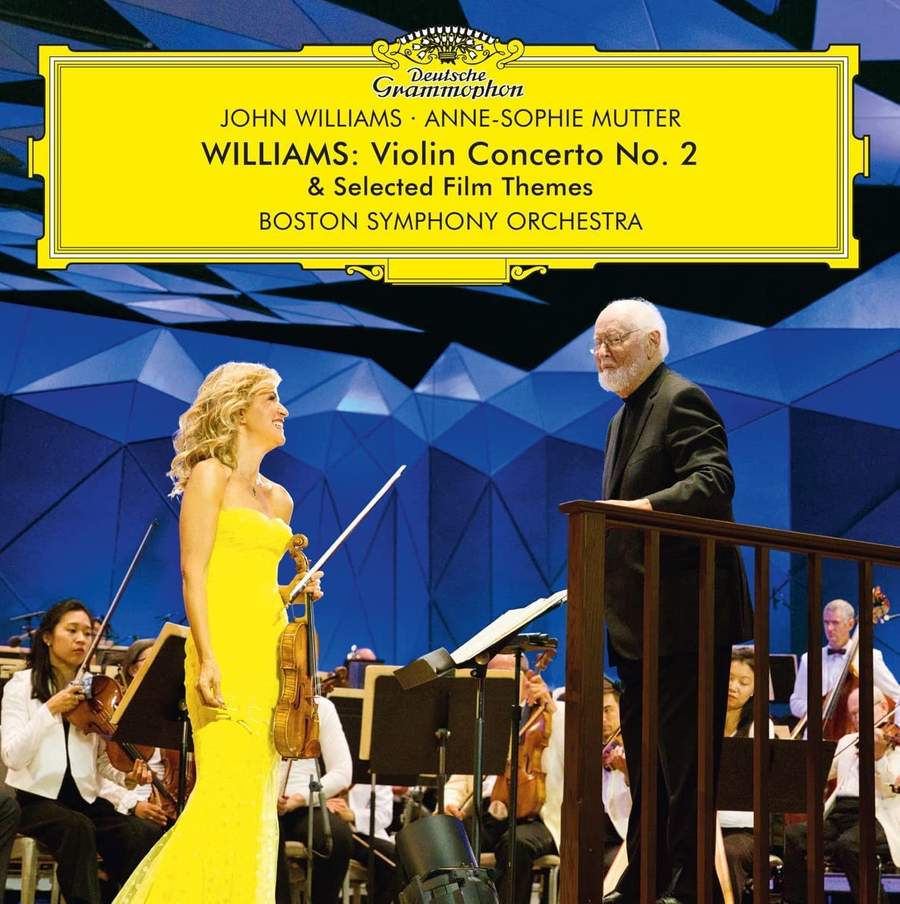 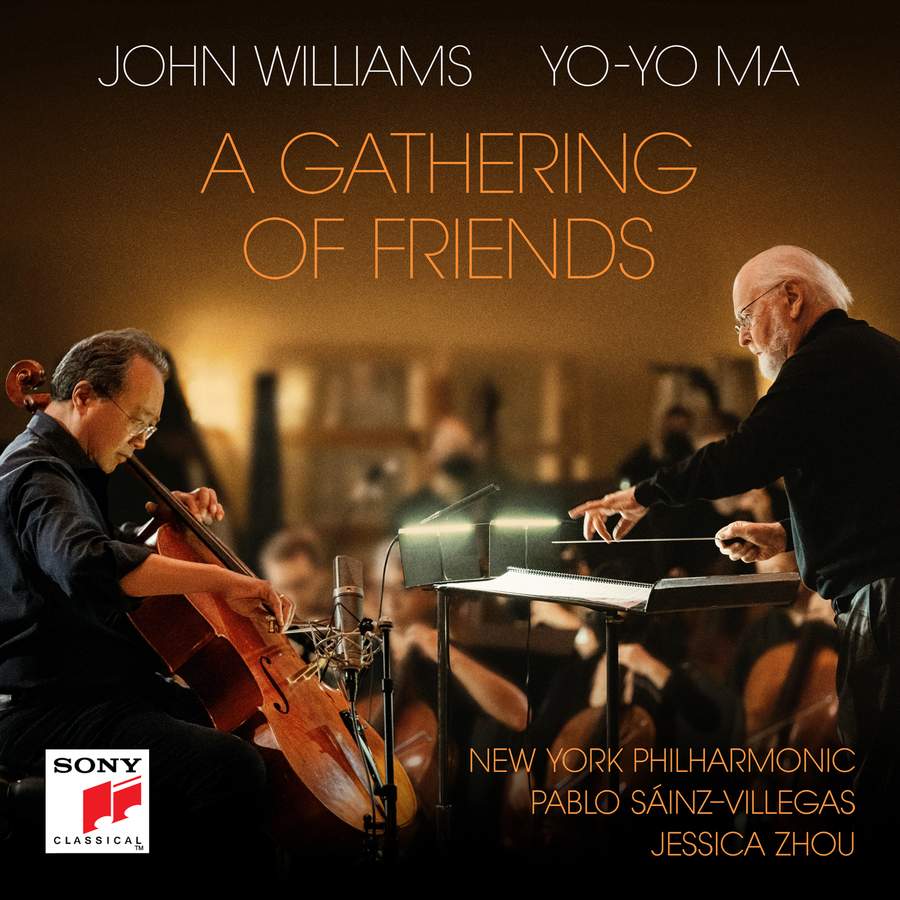 ‘The Guv’nor’ of movie music is quick to acknowledge those who have inspired him – composers and performers alike – and these two new releases are as much a tribute to the creative impulses of his two closest musical soulmates as they are to the music they unlock in him.

John Williams’s Violin Concerto No 2 is essentially a portrait of Anne-Sophie Mutter and all the wild and wonderful things she can do with an instrument with whom she is at one. From the very first tentative solo of the piece – feeling its way into our consciousness, or so it seems – an air of improvisation prevails. We know how much Williams loves jazz and it’s that spirit that permeates both the concertos featured on Mutter’s and Ma’s albums. There are adventures afoot – and not just in that galaxy far, far away but right here and now in the inventions (or so it seems) of the moment. Better yet, composer and performer feel, in the broadest sense, in complete alignment.

Dramatic gestures apart, don’t expect Williams, the master of movie magic and purveyor of luscious themes, simply to tender more of the same in these concertos. What he offers here is way more complex, way thornier. Both pieces are alive with ‘technique’ stretched to its limits. Mutter’s violin concerto is virtuoso and then some, and as such there are stretches of music that you might not recognise as being by Williams at all. In that regard this is music that might not be as easy to love but is infectious by virtue of its creative energy, the sparks of interaction generated between player and composer and the gamesmanship it engenders.

In the slow movement of the violin concerto, ‘Rounds’, the legendary Williams lyricist finds freer rein – searching and very beautiful – and there is renewal in the healing ‘Epilogue’, where somewhere at the back of one’s mind Mutter and Schindler’s List resonate. Paradoxically that particular theme – one of Williams’s loveliest and most enduring – is not included here but rather finds a deeper resonance in the cello of Yo Yo Ma, for whom Williams created a concert piece of three fragments from that Oscar-winning score. More on that anon.

For Mutter and the Boston Symphony Orchestra Williams offers concert pieces from one of the least familiar of his scores, The Long Goodbye – which lives up to its title in the very best sense – alongside Indiana Jones taking time out from thwarting raiders of the lost Ark with a bit of love interest and finally a side-trip to that far-off galaxy where Han Solo and Princess Leia canoodle to the lushest note-spinning Williams can muster.

‘A Gathering of Friends’ celebrates three decades of friendship between Williams and Ma, and features a radical revision of the Cello Concerto first conceived after their initial meeting through the Boston Pops Orchestra. For this new recording the New York Philharmonic do the honours. First impressions: it seems to me very Waltonesque (if with an American accent), and I know for sure that Williams would be flattered by the observation. The leading melody of the first movement is very sensuous and exotic – a hothouse specimen such as one finds in Walton’s own Cello Concerto (and his Violin and Viola Concertos) – and the dislocated jazziness of the Scherzo is possessed of that slightly rebellious quality found in all free spirits. Needless to say it becomes an indomitable force in the cadenza, where Ma really digs in. But then again, the illicit sighs of the ‘Blues’ movement run deep and the closing ‘Song’ seems to come full circle in the spirit of improvisation with Ma suggesting that he not Williams might be making it up as he goes along. Only the great ones can do that.

And so back to the movies with the unforgettable Schindler. We know and love the theme but its songfulness is if anything intensified with the dusky resonances of the cello. The second fragment, ‘Kraków Ghetto’, is a mournful Jewish dance morphing into something gruff and defiant, and ‘Remembrances’ – soulful and radiant – makes something hopeful of painful memories with just a glimmer of the beloved Schindler theme at the close.

Most intriguing of all, though, is Highwood’s Ghost (2018), which Williams wrote in memory of Leonard Bernstein in his centennial year and which invokes his indomitable spirit and that of the Tanglewood Music Festival with reference to yet another indomitable spirit – a ghost said to inhabit Highwood Manor House on the grounds of the festival, which Bernstein claimed personally to have encountered. This ‘confrontation’ is spookily realised through the dulcet tones of Lenny as reincarnated in the voice of Ma’s cello and a startling apparition of ear-popping virtuosity from solo harp (Jessica Zhou). More startling to my ears, though, is the fleeting allusion to Britten’s Peter Grimes, of which Bernstein conducted the American premiere there in 1946.

Another great example of how Williams’s points of reference reach far and wide and wider still.

Theme from The Long Goodbye

John Williams: A Gathering of Friends

With Malice Toward None from Lincoln

A Prayer for Peace from Munich