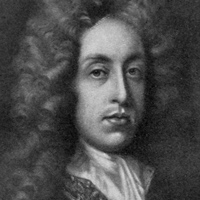 Many regard Purcell as the greatest English composer of all time. Among his most influential works are the opera Dido and Aeneas and the semi-operas The Fairy Queen and King Arthur.

The inventiveness, skill and emotional power of so much of Purcell's music always rewards re-interpretation and listening. Here's the Gramophone guide to 10 of the best Purcell recordings... Read more

Many regard Purcell as the greatest English composer of all time. That is arguable; but considering his importance in the history of British music, it’s ironic that so little is known about his short life. (He died when he was only 36.) There’s even some dispute as to who his father was – either Henry or his brother Thomas Purcell. We know that both were singers in the Chapel Royal and thus in the musical service of King Charles II.

Young Purcell’s rise to fame was precocious: at 15 he was a mere ‘organ tuner’ (in other words, he pumped the bellows), at 18 he was composer to the King’s private band, at 20 he was organist of Westminster Abbey. Thereafter he was one of the busiest men in England – and one of the best known, for he composed music of such variety and for so many different occasions that wherever there was music there was also the name Purcell, everything from lewd drinking songs to ceremonial odes, from opera and incidental theatre music to chamber works, dances and anthems.

Five days after his death he was buried in Westminster Abbey. The music he had composed the previous year for Queen Mary’s funeral was played at his own service. His epitaph reads: ‘Here lies Henry Purcell Esquire, who left life and is gone to that blessed place where only his harmony can be exceeded’.