Dvořák's Symphony No 9, 'From the New World': A quick guide to the best recordings

A quick overview of the most outstanding recordings of Dvořák's final, and most popular, symphony 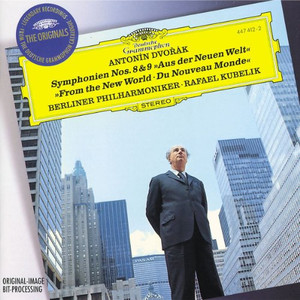 These accounts are quite magnificent, and their claims on the allegiance of collectors remain strong. Their freshness and vigour remind one of what it was like to hear these symphonies for the first time. The atmosphere is authentic in feeling and the sense of nature seems uncommonly acute. Kubelík has captured the enthusiasm of his players and generates a sense of excitement and poetry. The playing of the Berlin Philharmonic is marvellously eloquent and, as is often the case, a joy in itself. The woodwinds phrase with great poetic feeling and imagination, and all the departments of this great orchestra respond with sensitivity and virtuosity.

The recording has great dynamic range and encompasses the most featherweight string pianissimos to the fullest orchestral tutti without discomfort. The listener is placed well back in the hall so that the woodwind, though they blend beautifully, may seem a little too recessed for some tastes, though it should be said that there’s no lack of vividness, power or impact. The balance and the timbre of each instrument is natural and truthful; nothing is made larger than life and Kubelík has a natural warmth and flexibility. This will remain high on any list of recommendations for it has a vernal freshness that’s wholly reviving. 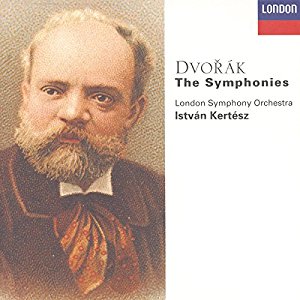 István Kertész recorded the Dvořák symphonies in the mid-1960s and his integral cycle quickly achieved classic status; his exhilarating and vital account of the Eighth Symphony rapidly became a special landmark in the catalogue. The original LPs are now collectors’ items. These magnificent interpretations became available again in 1992, in glitteringly refined digitally remastered sound, and it’s a tribute to the memory of this tragically short-lived conductor that this cycle continues to set the standard by which others are judged. He was the first conductor to attract serious collectors to the early Dvořák symphonies and his jubilant advocacy of the unfamiliar First Symphony has never been superseded. This work offers surprising insights into the development of Dvořák’s mature style, as does the Second Symphony. Kertész shows that Symphonies Nos 3 and 4 have much more earthy resilience than many commentators might have us believe, insisting that Dvořák’s preoccupation with the music of Wagner and Liszt had reached its zenith during this period. The challenging rhetoric of the Fourth has never found a more glorious resolution than here, with Kertész drawing playing of quite gripping intensity from the LSO. The Fifth Symphony and, to a still greater extent, the Sixth reveal Dvořák’s clear affinity with the music of Brahms. Kertész’s superb reading of the Sixth, however, shows just how individual and naturally expressive this underrated work actually is, while the playing in the great climax of the opening movement and the vigorous final peroration remains tremendously exciting. In the great final trilogy, he triumphs nobly with the craggy resilience of the Seventh Symphony, and he brings a dynamic thrust and momentum to the Eighth. His New World is by turns indomitable and searchingly lyrical.

The six-disc set also offers assertive and brilliant readings of the Overtures Carnival, In Nature’s Realm and the rarely heard My Home, together with a lucid and heroic account of the Scherzo capriccioso. These definitive performances have been skilfully reprocessed, the sound is astonishingly good, even by modern standards, and the playing of the London Symphony Orchestra is often daringly brilliant. 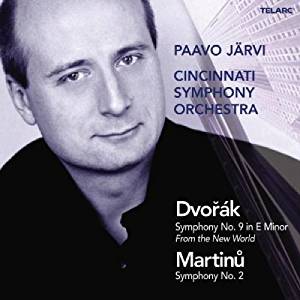 Having the most popular of Dvorák’s symphonies coupled with one of the most approachable by a 20th-century Czech composer is a neat and original idea, particularly apt as both works were written in the United States. Paavo Järvi reveals his keen imagination and sharp concentration in both performances and under his guidance the Cincinnati SO is consistently excellent: ensemble more than matches that of the rival versions, including Järvi’s father Neeme in both works.

The quality of the playing is highlighted by the refinement and clarity of the brilliant Telarc recording, with cleaner separation than in any version listed. In the Martinu the Cincinnati performance easily outshines that of the Bamberg SO, which is not helped by a relatively distant recording, while the comparison with Bryden Thomson’s strong and positive reading shows how well Paavo Järvi brings out the Czech flavours in the writing: the first movement is open and fresh, with rhythms that echo Dvorák’s Slavonic Dances.

In the New World Symphony, too, Paavo Järvi is a degree warmer than his father, a shade readier to allow flexibility in tempo and phrasing but never sounding self-conscious or unspontaneous. Speeds are similar between father and son, with István Kertész’s classic LSO reading a little plainer at speeds a fraction faster and with rhythms less lilting in the Scherzo. Though there are many highly recommendable versions of this much-recorded work, this one is a strong candidate in every way; and, quite apart from the outstanding recording quality, has its unique coupling to commend it.

Fischer’s highly recommended coupling of Dvořák’s Eighth and Ninth Symphonies returns under the Channel Classics banner. The style of Fischer’s Eighth is at times so strong on portamento that you could as well be listening to an old Talich recording: buoyant, lyrical and localised in spirit. The New World – a very different sort of performance – is notable for its intensity, its energy and, as ever with Fischer, its keen attention to detail. There isn’t a more enjoyable digital New World on the current market. Both discs may be considered mandatory listening for anyone interested in Dvořák and the best of his modern interpreters. 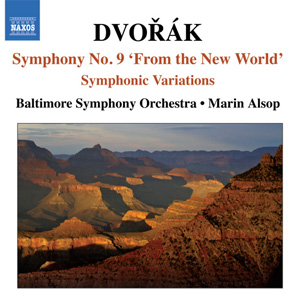 Marin Alsop makes the New World very much her own, her fine Baltimore orchestra responding with an account full of warmth and moments of high drama, and which is, above all, finely paced with a flowing, spontaneous feeling. One notes the delightful flute-playing, the bold, strong trombones in tuttis, and the luminous grace of the strings, immediately apparent at the opening of both first and second movements. The delicate close of the Largo, after the songful repeat of the cor anglais melody, is memorable. The movement’s central episodes are equally poetic, particularly the gentle clarinet theme over murmuring bass pizzicatos.

The Scherzo bursts in, and the finale has all the impetus one could want. Yet overall, Alsop’s is not a histrionic reading but one full of affectionate touches, the appealing little nudge at the end of the second subject of the first movement, for instance, while the closing retrospective section of the finale is particularly satisfying.

What makes this disc doubly recommendable is the superb account of the Symphonic Variations, inspired but surprisingly neglected. It is a work which, after the mysterious opening Lento e molto tranquillo – perfectly captured here – needs to move on flexibly but with plenty of impetus, capturing the continual changes of mood and colour. The extraordinary variety of invention and scoring captivates the ear, sometimes perky, sometimes gentle (like the enchanting little repeated-note flute solo, followed immediately by gruff trombones), until it reaches its genial fugal apotheosis and the performance sweeps to its folksy, grandiloquent close. The recording is outstanding in every way, well balanced and vivid in detail.

Symphony No 9. The Water Goblin

Harnoncourt has some distinguished Concergebouw forebears, not least structure-conscious Sir Colin Davis and combustible Antal Dorati (both Philips). This, though, beats them all. Auspicious happenings register within the first few pages: carefully drawn woodwind lines, basses that calm meticulously from fierce fortissimo to tense pianissimo, provocative bassoons and an effortless passage into the lovely flute melody at 2'58". At the start of the development section, piano violins really are played leggiero (lightly), a significant detail that most rivals gloss over. Middle and lower voices are granted their full flavour and the violin desks are divided.

Harnoncourt’s Largo is something of a minor miracle. Undulating clarinets register against shimmering string tremolandos and, beyond the beautifully judged approach to the Meno passage (bar 78), you suddenly hear quiet second-violin pizzicato chords (7'00") that you almost never notice in concert. The finale itself never sags, and for the home straight Harnoncourt treads a course somewhere between the printed Allegro con fuoco and the expressive broadening that Dvořák later sanctioned. Most admirable about Harnoncourt’s Dvořák is its close proximity to nature: barely a minute passes that isn’t somewhere touched by verdure or sunshine.

Harnoncourt also gives us The Water Goblin, the most folk-like of Dvořák’s Erben tone-poems where, as in the Symphony, middle voices rise to the fore and the stamping outer sections are played with great rhythmic bite. If you think you know the New World back-to-front, Harnoncourt will make you think again. 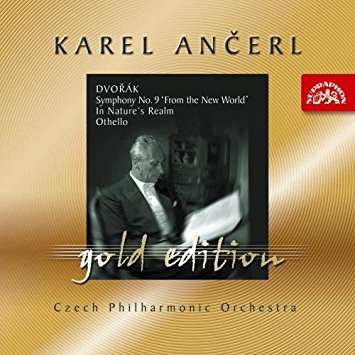