Ten of the best Vivaldi recordings, including Gramophone Award-winners and Editor's Choice albums 'Here the three solo instruments come and go in various combinations, always pleasing us and never outstaying their welcome. They are played with skill and taste, lapsing only when the bassoon overpowers the flute in the slow movement of RV438. The orchestral sound, as always with La Serenissima, achieves bright attractiveness and vivacity without feeling the need to pursue the taut energy of some other groups. And that’s just fine...' Read the review 'No, not the "Vivaldi Vespers", nor even a reconstruction of a specific event, but a kind of "sacred concert" in Vespers form, of the sort that Venetian churches in Vivaldi’s time – ever aware of the power of music to swell a congregation – were wont to mount in the name of worship. Whether or not Vivaldi ever supplied all of the music for any such occasion is not clear – no complete integrated cycle exists – but he certainly set plenty of Vespers texts, enough at any rate for Rinaldo Alessandrini and scholar Frédéric Delaméa to put together this rich programme of delights...' Read the review 'The performances by Rachel Podger are crackling with vitality and executed with consistent brilliance as well as a kind of relish in virtuosity that catches the showy spirit, the self-conscious extravagance, of this particular set of works. There are plenty of movements here where her sheer digital dexterity is astonishing – I might cite the finale of No 6, with its scurrying figures, the second movement of No 7 (the only four-movement concerto), the finale of No 2 with its repetitive figures and leaping arpeggios, the witty sallies in that of No 3, and the simple rapidity in No 11 – or indeed half a dozen others.' Read the review 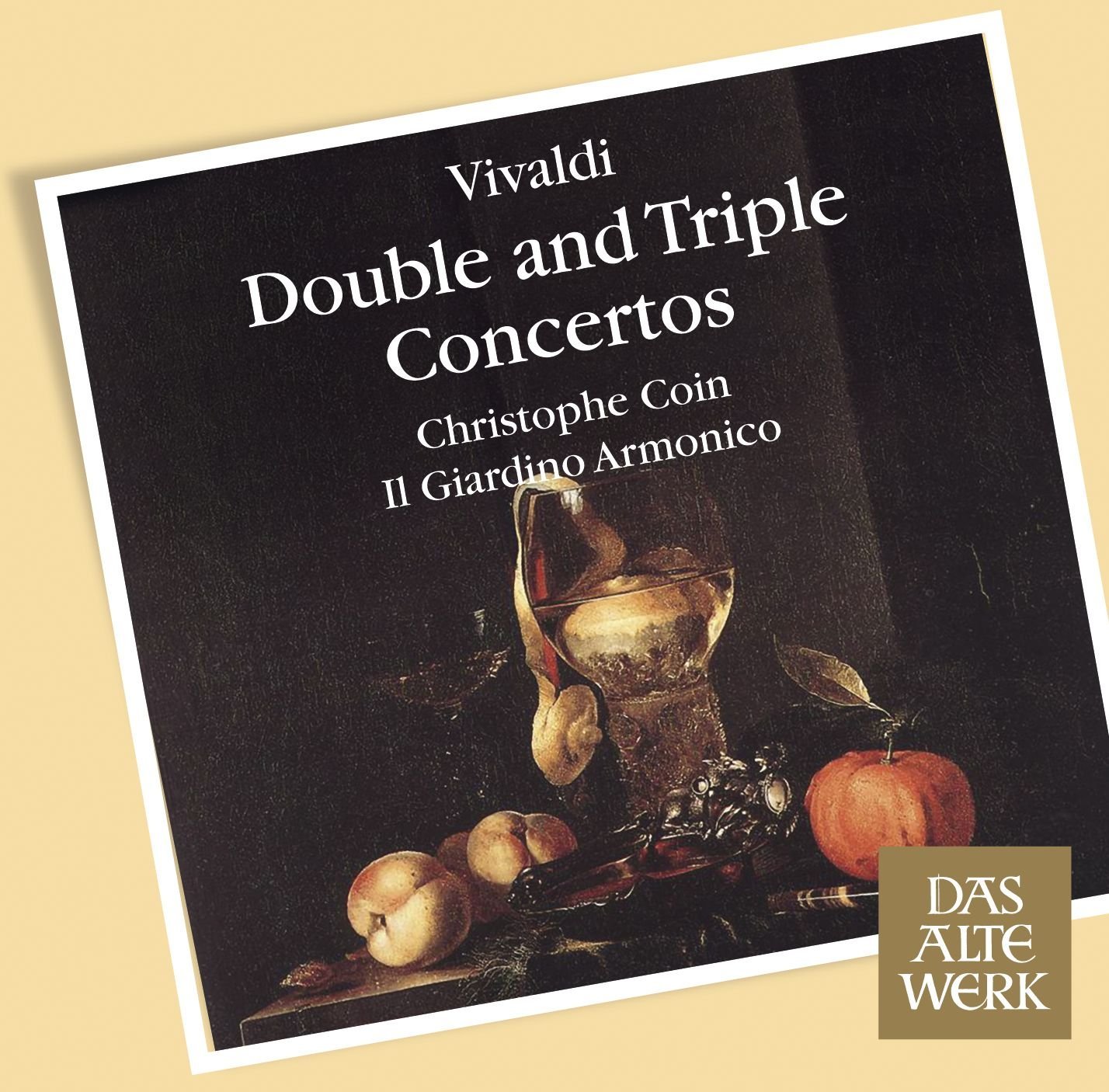 'Playing of vitality and lyricism brings Vivaldi's music to life in a thrilling manner. Indeed, the integrity and musicianly character of these performances is in no small measure heightened by the presence of Christophe Coin. This new release is excellent in every respect: fine music, fine playing and a fine recording. An outstanding issue...' Read the review 'Unlike settings of the Stabat mater by Pergolesi and some others, Vivaldi used only the first ten of the 20 stanzas of the poem. His deeply expressive setting of the poem will be familiar to many readers but few will have heard such an affecting performance as Scholl achieves here. The lyrical prayer of human yearning for faith contained in the “Fac ut ardeat” movement is most tenderly sung and here, as throughout the programme, sympathetically supported by the strings of Ensemble 415 under Chiara Banchini’s experienced direction.' Read the review 'Like Handel a few years later in London, Vivaldi must have been inspired by the peculiarly intense situations experienced by Orlando and Alcina, and the score has a dramatic stature greater than most of his other operas – although if Opus 111 continue to produce revelations like this, I may be forced to eat my words. This is a magnificent achievement, and one of the pinnacles of Opus 111’s monumental Vivaldi Edition. If Vivaldi needed a champion to more firmly establish his credentials as a fully-fledged opera composer, then this recording is it.' Read the review 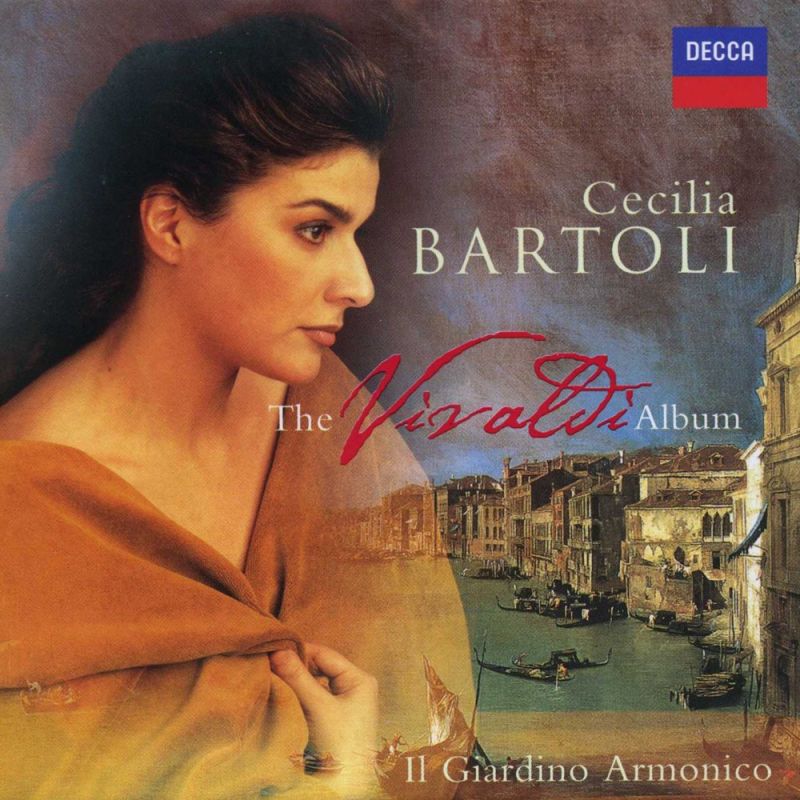 'Coarse-voiced period brass instruments herald Bartoli's riding of some particularly squally waves as tempest racks land and heart in 'Dopo un'orrida procella' from Griselda. The aria unleashes Bartoli's famous breathy, whispered coloratura, her flaming top register, and an enclosed, hollow chest-voice which seems to belong to neither of the other two...' Read the review 'The group’s founder and violinist/director Adrian Chandler is not only steeped in the musical language of Baroque Italy, both vocal and instrumental; he is also fully conversant with its humanist wellsprings. Vivaldi’s sonnets and consequent programmatic signposting throughout the score are thus filtered through a more nuanced rhetorical vision that is more stage than page. The result is an intensely dramatic account that will add new spice to what has for many listeners perhaps come to resemble a dreary domestic relationship. Take, for example, the spacious birdsong, surging waters and thumping rustic dances of "Spring"; the languid heat and raging storms finding echoes in the cuckoo’s urgent call and the goldfinch’s stratospheric sweetness in "Summer"; the drunkard’s erratic progress mirrored in the hunters’ ebullience and the hunted’s tragic flight in "Autumn"; and the elements’ implacable indifference in "Winter"...' Read the review 'What really shoots this recording straight to the top of the pile, however, is the sheer joy of it, the spontaneity and the tireless, surging musical energy of its many sudden feints and sallies. How grippingly, for instance, the tension climbs in the often rather polite first movement of No 4; how liltingly the off-beat theorbo strums add springy definition to the finale of No 5; and how invigoratingly the taught energy of those semiquavers in the No 3 finale finds release in a glorious chain of suspensions, and the witty interplay of the final bars spills over into a final-note twiddle that is pure natural exuberance...' Read the review 'As for the performances, there is not much to be said about Steger’s virtuosity other than that his dazzling fingerwork, varied articulation and colour seem to make him capable of anything he wants. What really makes this disc an outstanding one, however, is the way he creates an individual musical world for each concerto. Maybe that is to be expected in the descriptive ones, yet few others have matched his disturbingly spectral, lute-haunted La notte, and never have I heard a more pleasingly pastoral La pastorella, with its tasteful (yes, tasteful) additions of hurdy-gurdy, psaltery and, in the second movement, folk-style strings...' Read the review

Martin Fröst on Vivaldi for the clarinet Little and Panufnik talk about Vivaldi's Four Seasons and a new piece exploring seasons throughout...