Selecting a list of just 15 outstanding recordings of Franz Liszt's music that everyone will agree with is impossible, but for those who are just embarking on a journey through Liszt's sound world, these 15 selections represent 15 perfect starting points. And for those who have loved Liszt's music for many years, you may find something here to surprise and delight. And you can enjoy many of these recordings in our accompanying Apple Music playlist. Happy listening! 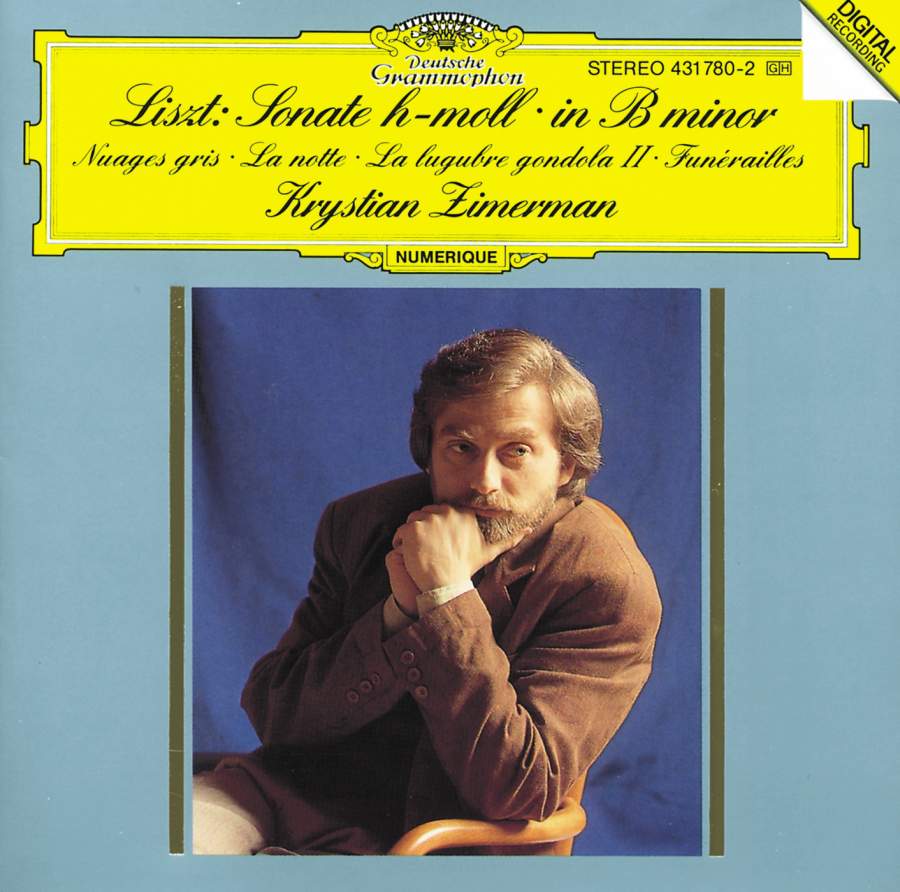 'It is to be expected that an artist who has made one of the outstanding recordings of the Liszt concertos should also give us one of the finest ever B minor Sonatas. Whether you think it is the finest ever may depend on your priorities (and on whether you think it is sensible to venture such opinions). What can surely be said is that Zimerman brings to bear a combination of ardour, forcefulness, drive and sheer technical grasp which are tremendously exciting and for which I can think of no direct rival. But it also seems to me that others have achieved a subtler pacing and shading of climaxes, or a more philosophical inwardness, that make their readings equally, if not more rewarding. Pollini, also on DG, is perhaps the most nearly comparable in approach, but he is less overtly rhetorical from moment to moment and more concerned with long arcs of dramatic tension.' Read the full review 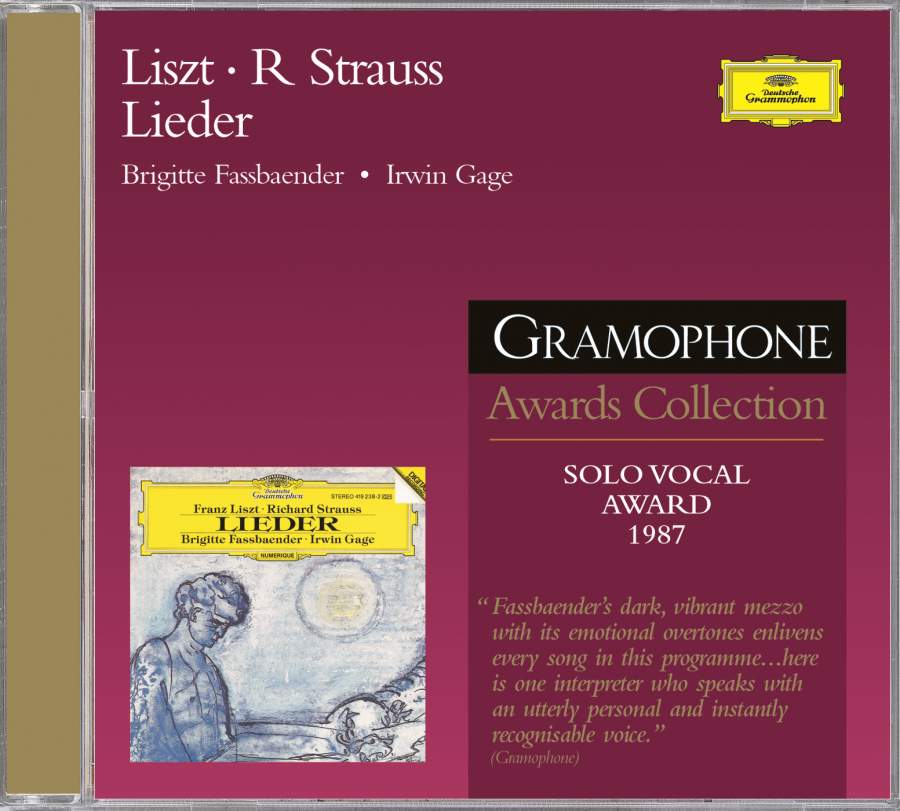 'The Liszt choices have been judiciously made, exhibiting the composer's wayward but often pertinent style in Lieder at its best. How vivid here are the three gypsies, how rapt the telling of love's bliss in "Es muss ein Wunderbares sein." The "Oh! quand je dors" sounds more appealing in a higher key, but Fassbaender catches its mood of unfettered ardour well enough, managing the difficult melismas in the middle and the rising phrase at the end with skill, though she takes an unwanted breath before the final ''Laura''. The lighter Hugo settings are done with spirit, the repeated ''aimer'' in "Comment, disaient-ils" subtly inflected, the final line ''Pour un baiser de toi!'' in "Enfant, si j'etais roi" sensually exclaimed.' Read the full review 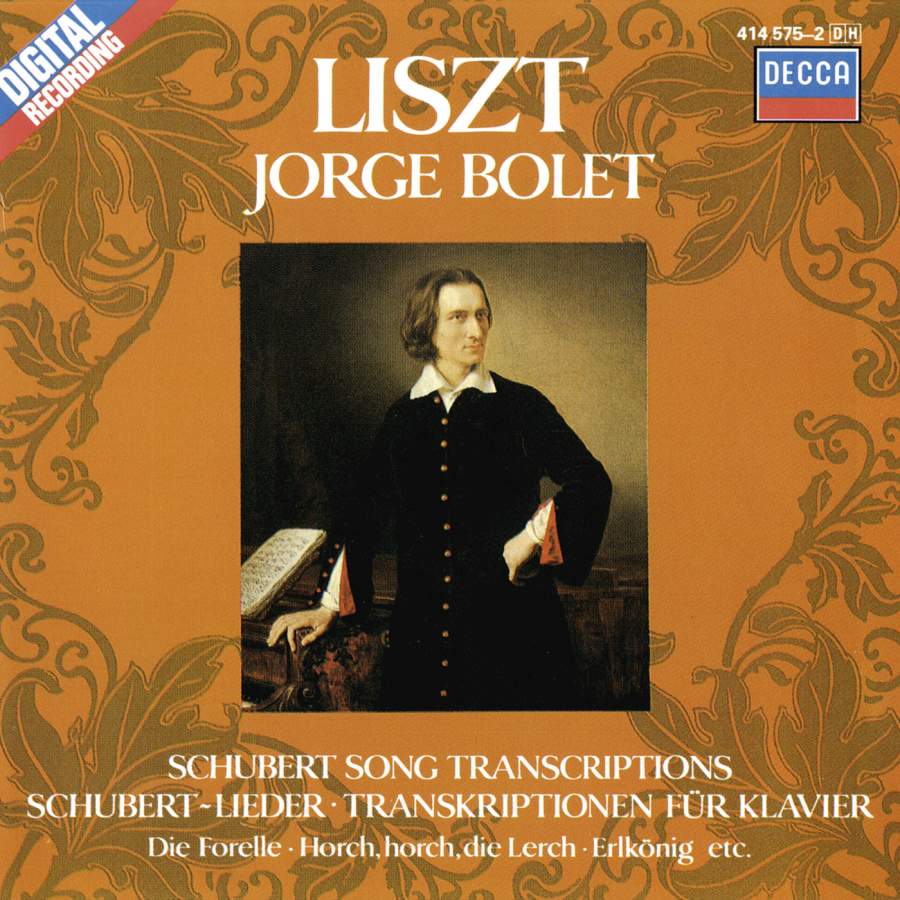 'Going through Jorge Bolet's selection, one is again struck by the extraordinary variety of resource that Liszt brings to turning these items into small poems for the piano. The aptness of these transcriptions (Lebewohl for example) is remarkable, and the pianist responds with imaginative sympathy. Der Muller und der Bach receives a most affecting performance, while Bolet's account of Auf dem Wasser zu singen can stand with Egon Petri's exquisite 1929 recording.' Read the full review 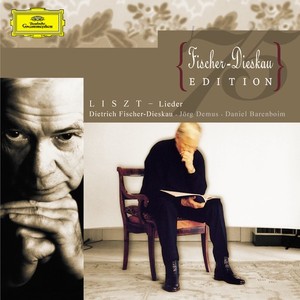 Winner of a Gramophone Award in 1981, this album was reissued in 2000 as part of the Fischer-Dieskau Edition. A quote from the 1981 Awards citation: 'Marvellously well sung and played; it is excellently recorded. It is, in short, a contribution to knowledge and enjoyment such as could only be possible by means of the gramophone.' 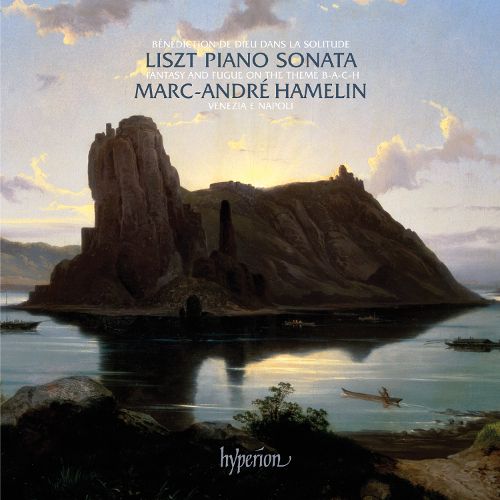 'Pride of place must go to the Sonata, where Hamelin tempers Liszt’s rhetoric with a measure of dignity and restraint. His inwardness and lyricism in the slow scales at the end of the central Andante (the Sonata’s nodal and expressive centre) will touch and delight all those who warm to Liszt’s deeper qualities. Yet once again, the overall mastery is prodigious and, if there are moments when it is held in reserve, there are others where Hamelin comes at you with all guns blazing – a quality to enthrall and stupefy. In short, this is a pianist to trump all aces.' Read the full review 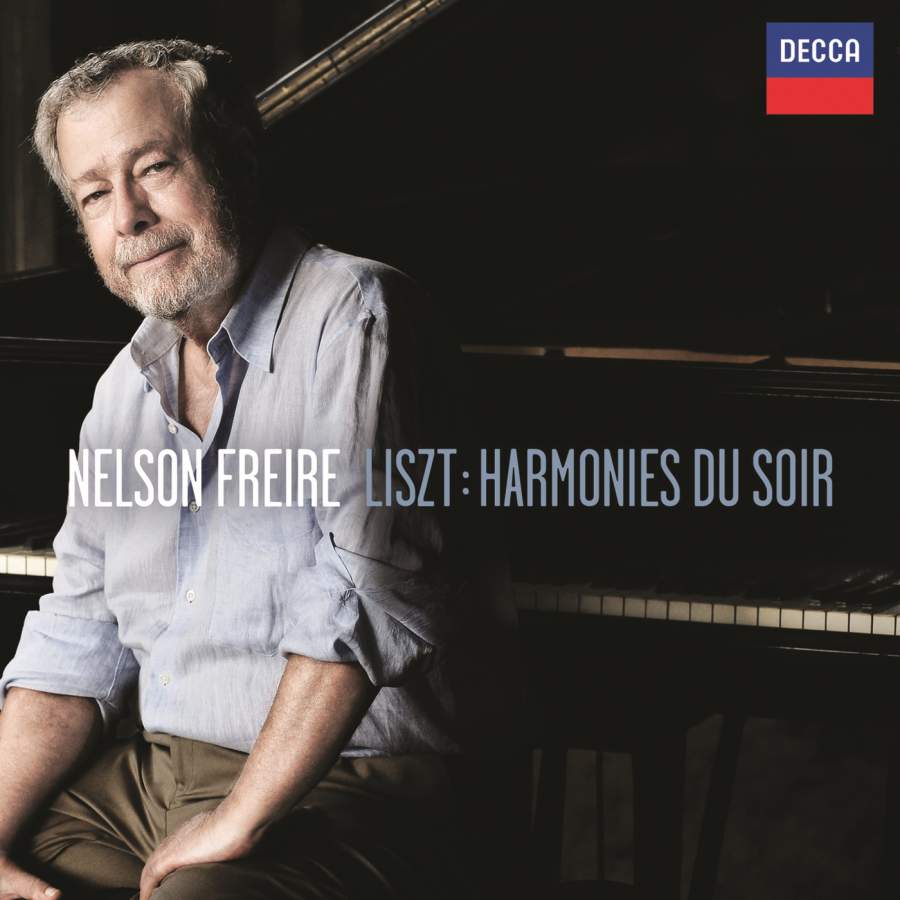 'Freire’s selection is a judiciously varied programme of works for which he has a particular fondness – and it shows. Waldesrauschen (given here unusually without its travelling companion, Gnomenreigen) is a masterly display of tonal and dynamic grading with acute responses to all of Liszt’s explicit requests (tre corde poco e poco più agitato, for example, martellato, strepitoso), all the time leaving us with a sense of something left in reserve.' Read the full review 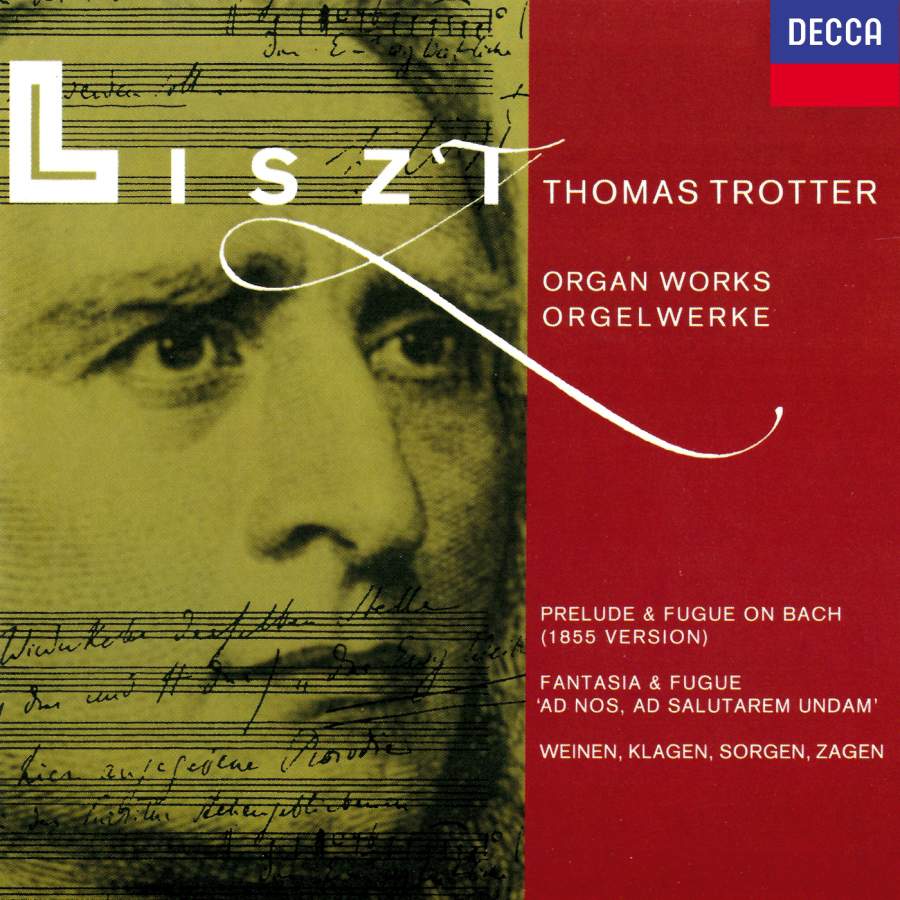 This recording was selected as the Top Choice in Jeremy Nicholas's Gramophone Collection article focusing on 'Ad nos' in November 2011. He concluded: 'Thomas Trotter’s respect for Liszt’s text, and his colouristic and expressive imagination are combined with supreme technical finesse and a clear shaping of the architectural span of ‘Ad nos’. Decca’s 1991 recording also includes Variations on Weinen, Klagen, Sorgen, Zagen, and Prelude and Fugue on B-A-C-H.' 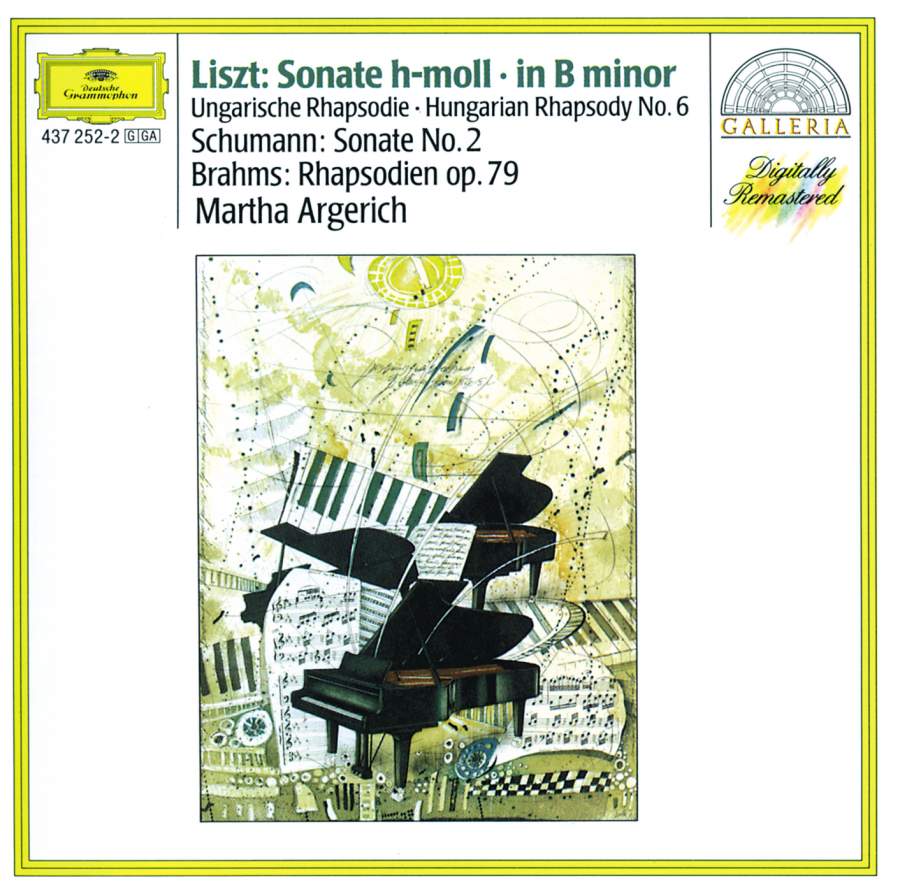 'No one could accuse Martha Argerich of unstructured reverie or dalliance and her legendary DG performance from 1972, at long last reissued, suggests an entirely different level of both technical and musical achievement. Her prodigious fluency unites with a trail-blazing temperament, and Valhalla itself never ignited to such effect as at the central Andante's central climax. Both here and in the final Prestissimo there are reminders that Argerich has always played octaves like single notes, displaying a technique that few if any could equal.' Read the full review 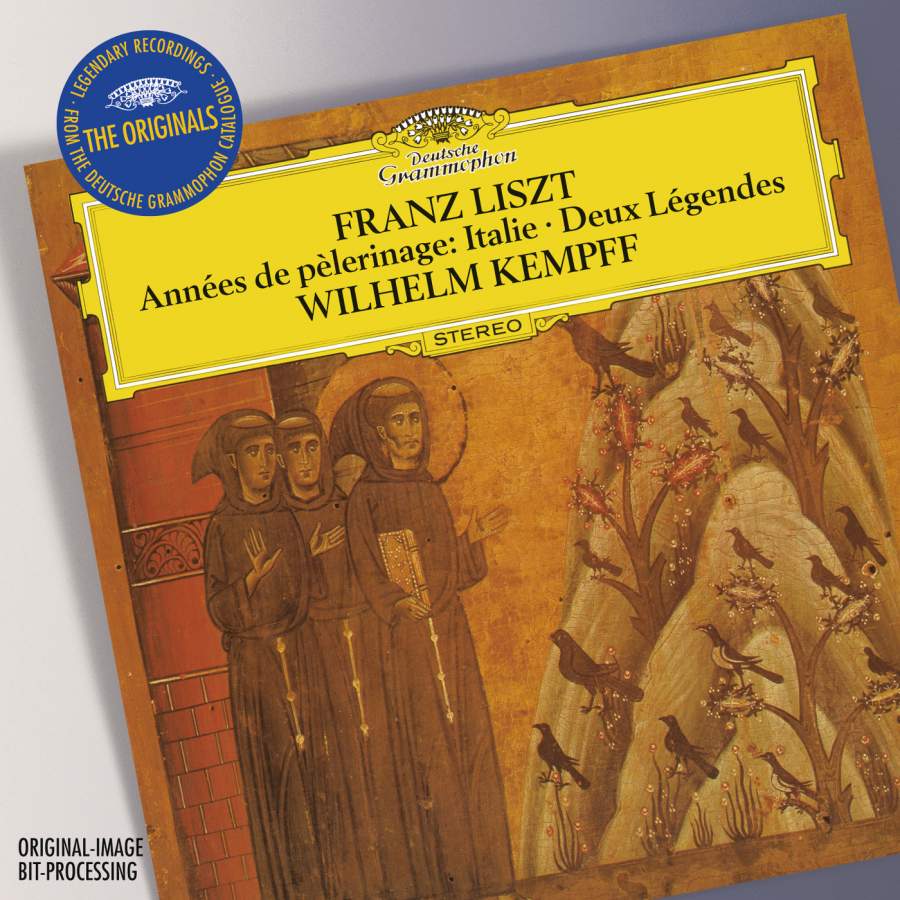 'This is masterly playing, quite unforgettable, and the recording, balanced by Klaus Scheibe, produces a totally realistic sound image – not in the least dated. I have played the recital a number of times: it is already my record of the year, and I urge readers to acquire it.' Read the full review 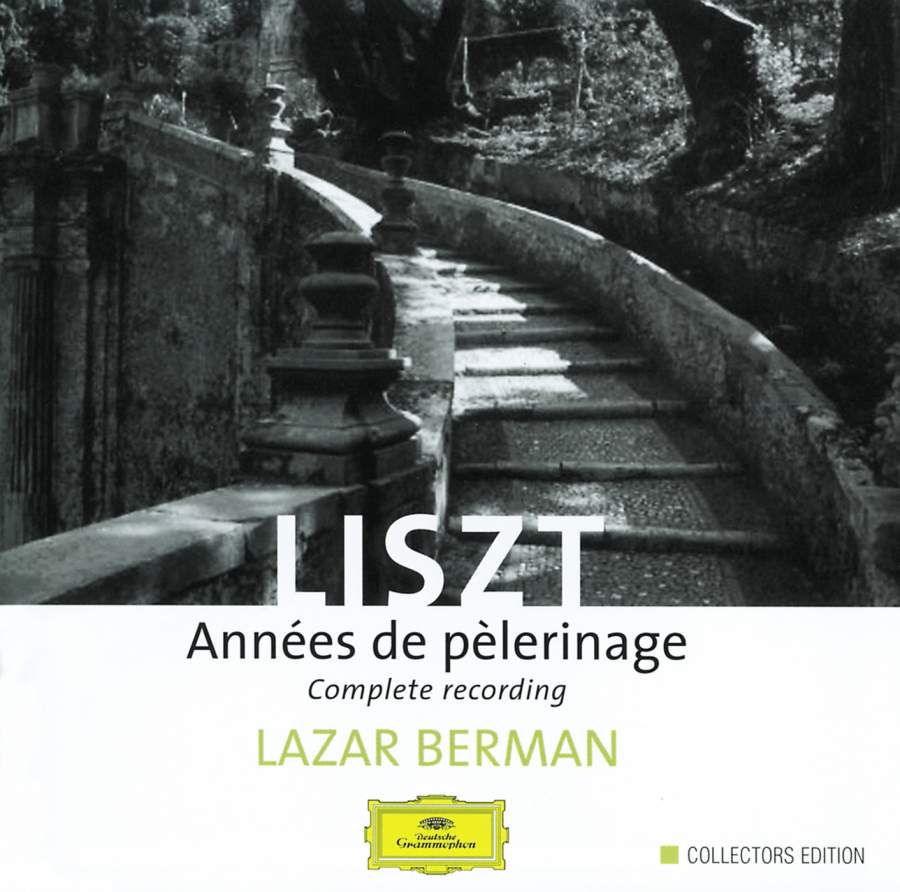 Recorded in 1977 and still the benchmark of the cycle by a single pianist. Revolutionary tone-pictures for the piano inspired by nature, art and literature. 'Berman is hardly celebrated as the most subtle or refined of pianists, but at his greatest he combines grandeur and sensibility to a rare degree and his response to Book Three, in particular, is of the highest musical quality and poetic insight.' Read the full review 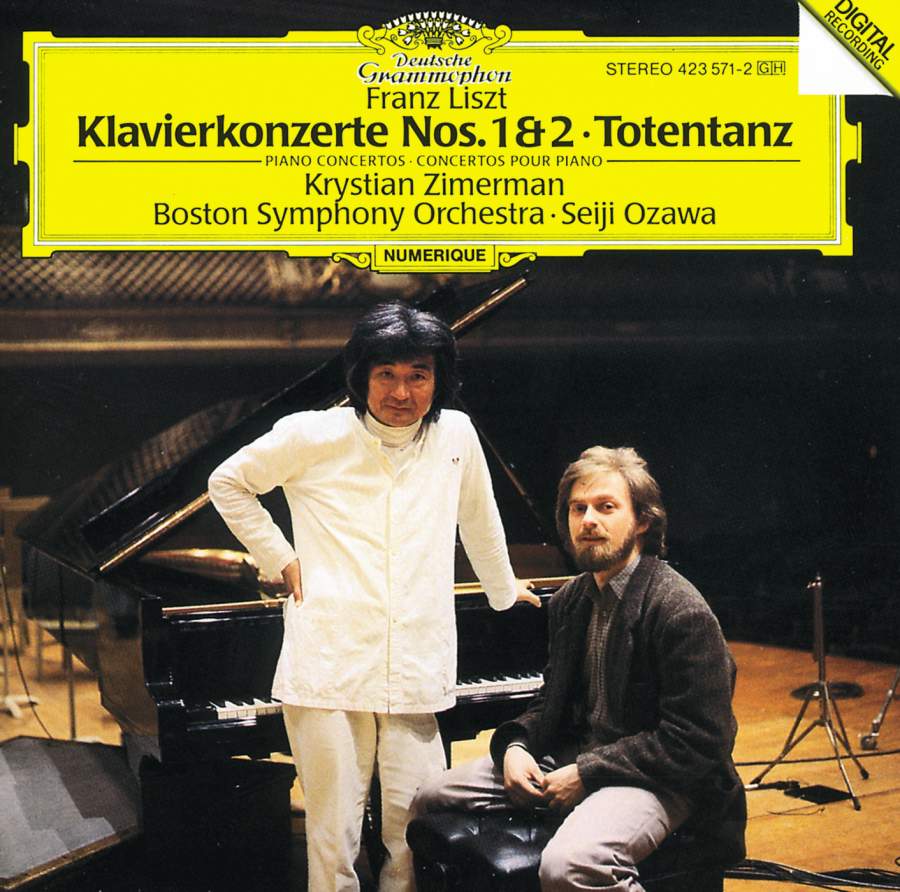 'This is playing in the grand manner. I have associated Krystian Zimerman in the past with refinement rather than bravura, while of course saluting his technique, but from the start of the E flat major Concerto I note a consciously leonine approach. This is no bad thing either; for the music really calls for it. I even felt he was deliberately taking risks in a few technically perilous places where some of his colleagues, at least in the studio, play safe; and indeed his octaves in the opening cadenza are an example. The result sounds spontaneous and, yes, even brave.' Read the full review 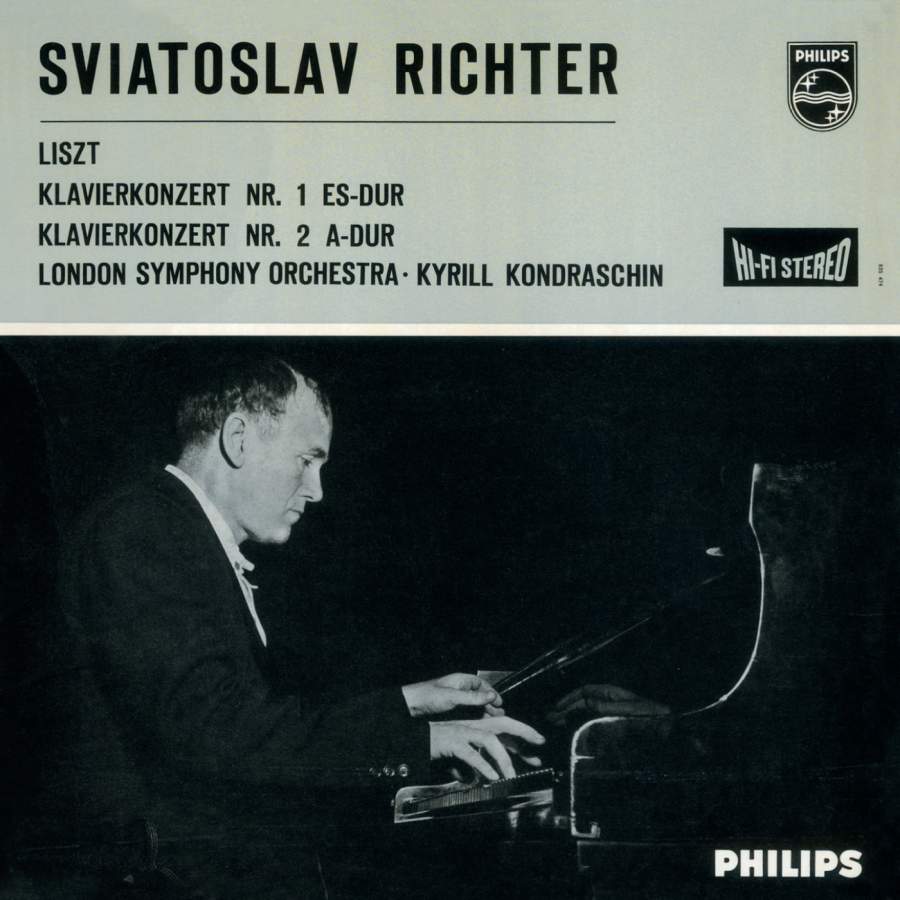 'These were recognized as classic performances virtually from their first appearance. They are characterized not only by the intense expressiveness of Richter's playing, but also by very careful balances of orchestral texture which hitherto had not been much apparent in recordings of these works. Throughout, the emphasis is on poetic insight, dramatic impact, and these interpretations have in these and other regards exerted a considerable influence... A 100 points contend for the reviewer's comment, but all that need be said here is that these are among the great Liszt recordings.' 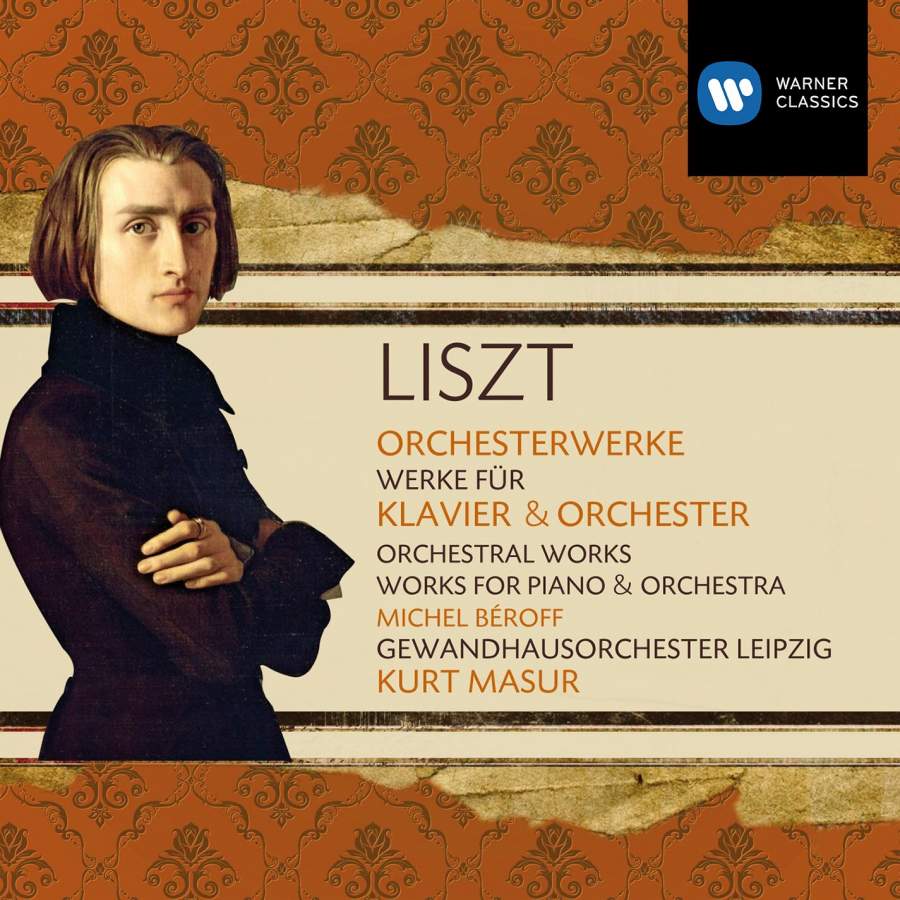 The best representative selection of Liszt’s innovative orchestral works in trenchant, vivid performances, ending with the ethereal choral finale of the Symphony. 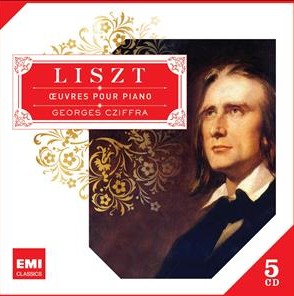 Cziffra playing Liszt is one of life’s bounties, whether it be the Hungarian Rhapsodies, Transcendental Studies or the B minor Sonata and Funérailles: mercurial, dazzling, individual. 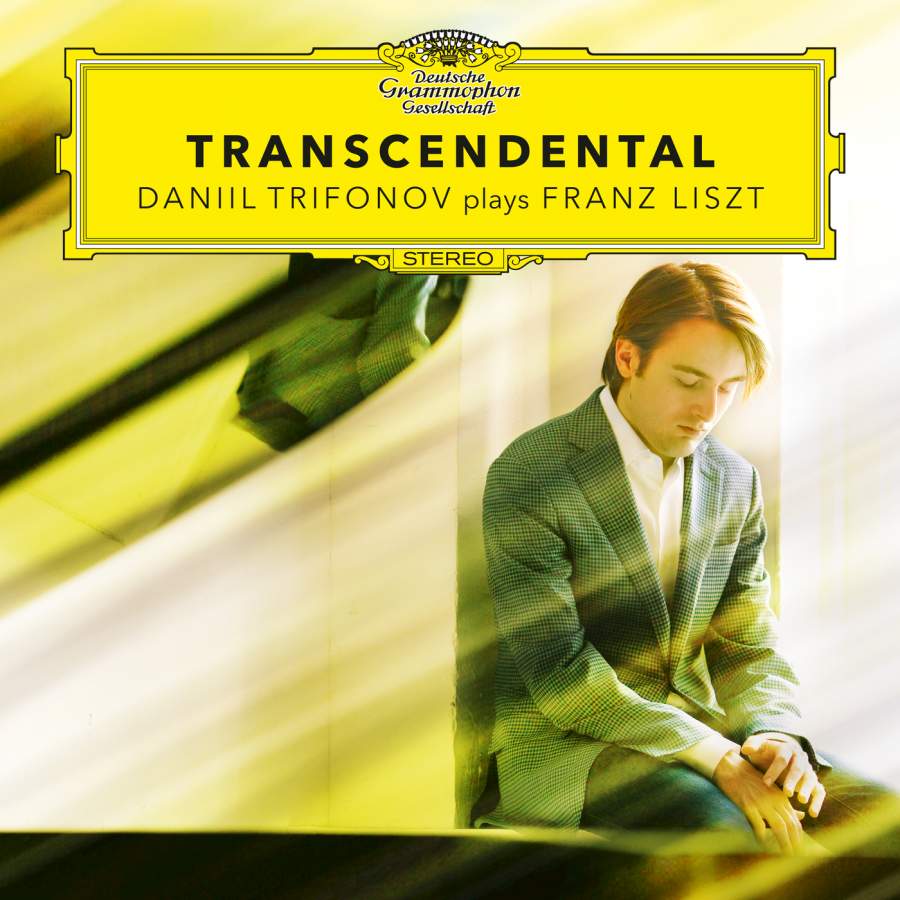 'Trifonov’s is the best kind of virtuoso playing, where one is hardly aware of the notes being played, allowing one to simply bask in the genius of Liszt’s musical narrative and the transcendant execution of an awesomely gifted pianist.' Read the full review

Plus one that is hard to find but well worth the effort... 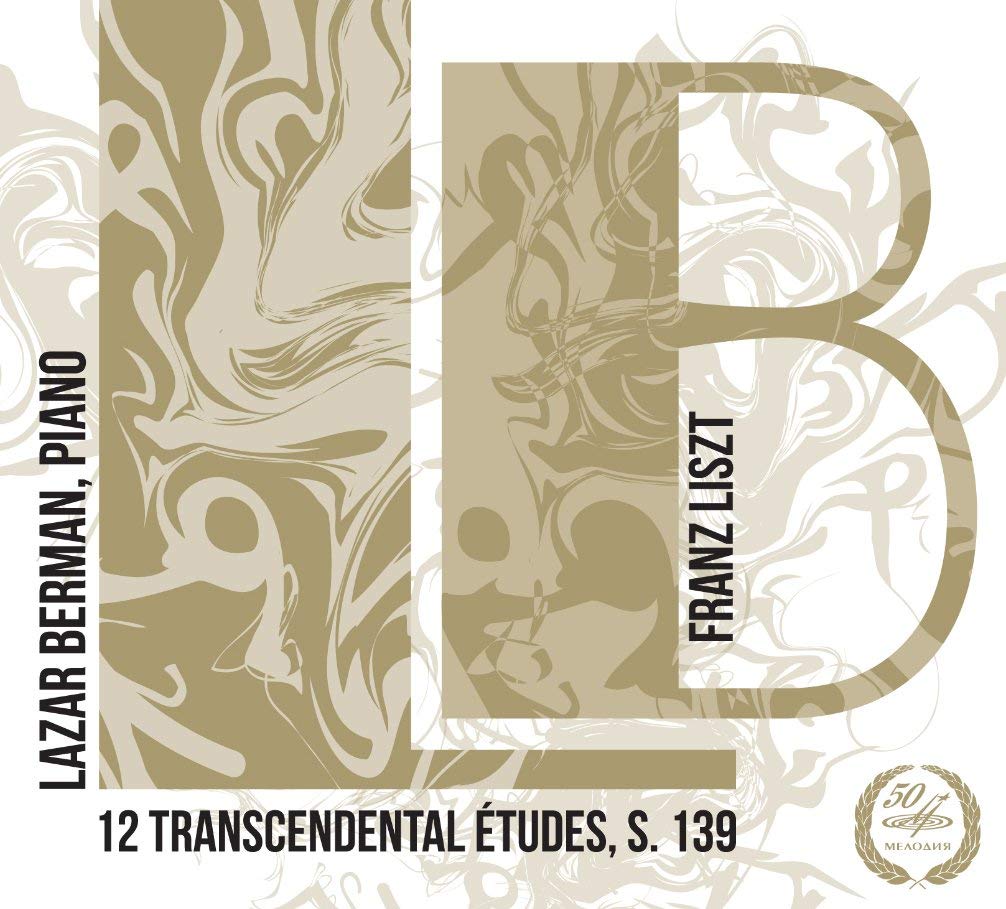