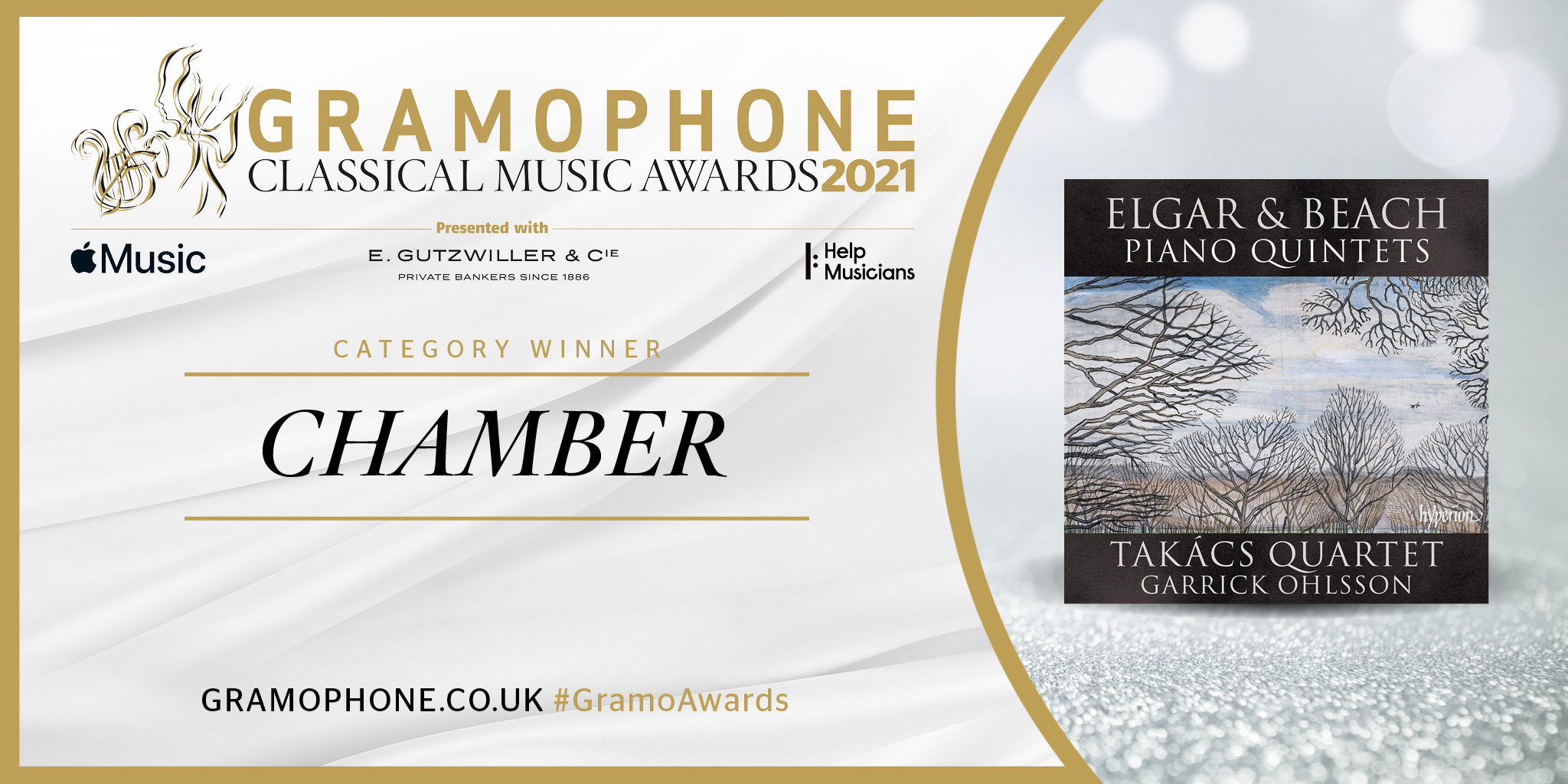 I have often wondered why the music of Amy Beach is not more loudly acclaimed. As part of a late 19th-century movement of American composers who looked unapologetically for stimulus from Germany – and I am thinking primarily of George Whitefield Chadwick, Arthur Foote and Horatio Parker – Beach stands as probably the most accomplished of the group (a notable point since she did not study in Europe), or at least within the province of chamber music. Her Piano Quintet, the most widely performed of her chamber works, and in which she appeared as pianist on many occasions, is a highly developed work which should be considered part of that canon of quintets led by Schumann and Brahms, and accompanied by other major masterpieces including those by Franck, Dvořák, Stanford, Fauré, Sinding, Reger, Elgar, Suk and Dohnányi.

By way of the imposing nature of the resources – string quartet and piano – the approach to the genre is inevitably one of an epic nature, almost orchestral in its bold sound and texture, fluctuating between the intellectual demands of the symphony and the ‘competition’ of the grand concerto. Beach’s magisterial work, with its hugely demanding piano part, its plethora of thematic material and its coherent handling of form, meets both these conceptual demands (and which Ohlsson and the Takács Quartet serve with vivid colours and a vital energy). Conceived as a work in three cyclic movements, the outer movements are especially muscular in their gestures and dynamics, while the central slow movement is elegiac and brings the quartet to the fore in the first subject in which the piano plays an inner contrapuntal role. Only with the second subject does the lower part of the keyboard play a more prominent role as the ‘bass’ of the harmony switches to the piano. This is highly accomplished writing and reveals Beach’s true imagination as a master of instrumental form.

Elgar’s Quintet of 1918, also in three movements, is of a different vintage of inspiration. Written after that miraculous decade before the First World War when the composer produced his orchestral masterpieces in the idiom of concerto, symphony and oratorio, the quintet bears witness to a more ascetic, wiry creative impulse which he adopted during the latter years of the war, when, perhaps, he was searching for a new direction for his musical voice. This is evident in the strange disjunction of the plainsong-like opening idea (akin to ‘Salve regina’), the first Brahms-like idea of the Allegro, the enigmatic ‘Spanish’ (or at least Phrygian) second subject (played with admiral character by the ensemble) and the searching third idea (more orchestral in character). In fact, this predominance of thematic material has much in common with the Violin Sonata and the String Quartet, where the notion of form seems to rely more on the fecundity of melodic ideas and their juxtaposition than on their development. The slow movement, one of Elgar’s greatest, is played with true profundity. Here Elgar seems to return to those distinctive characteristics of his earlier works, to themes full of sequence and modal inflection, though the central paragraph reminds us that this is Elgar of a later vintage. The finale makes much of the cyclic restatement of earlier themes, especially those of the first movement, a feature which lends the conclusion of this remarkable work a ghostliness and introspection that Elgar revisited in the last movement of his Nursery Suite of 1930. Ohlsson and the Takács are to be congratulated for the warmth of their interpretation and for their ability to encompass the challenging range of Elgar’s complex moods. Jeremy Dibble