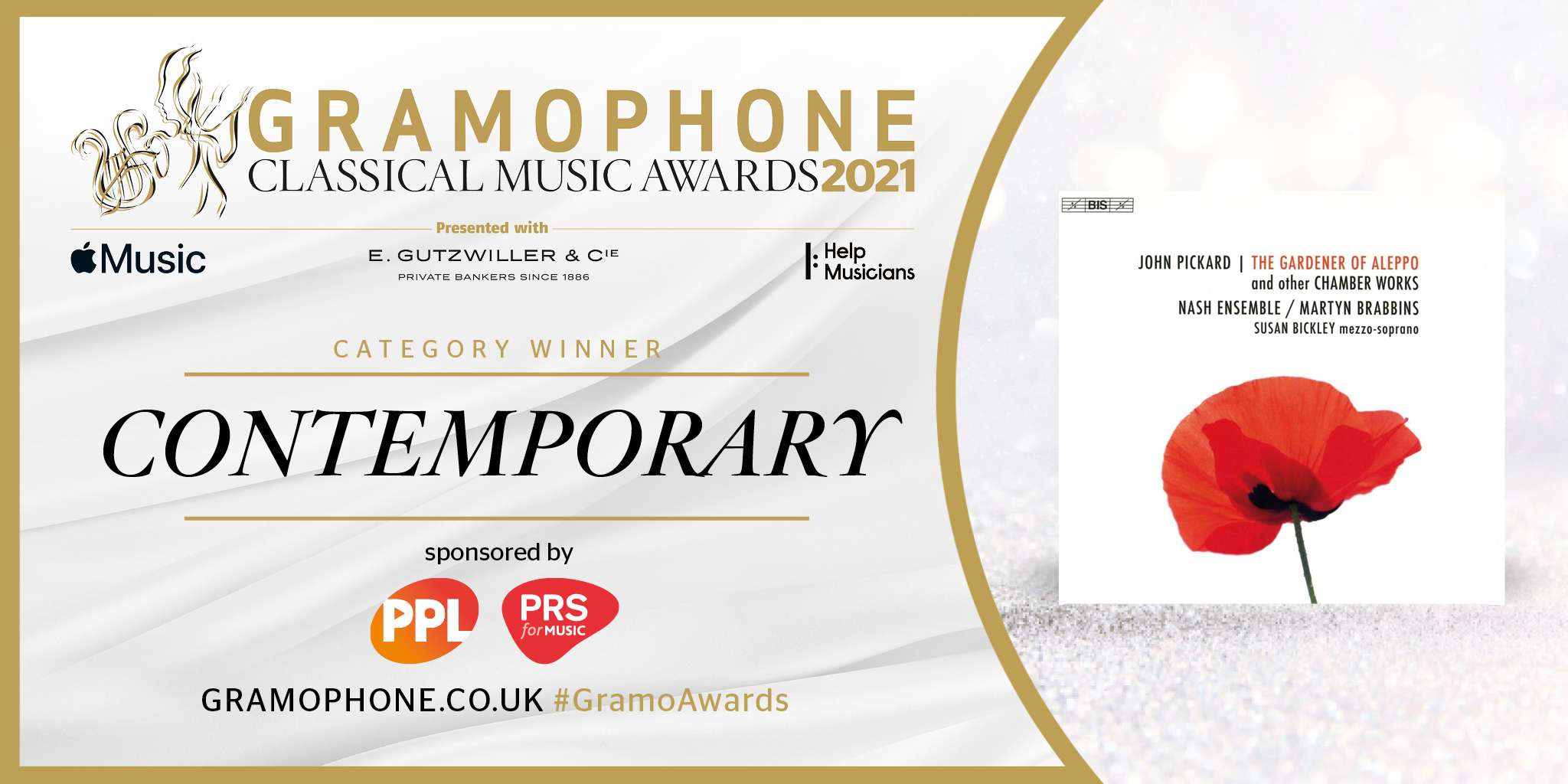 Pickard The Gardener of Aleppo and other chamber works

The seven works on this terrifically played, imaginatively programmed disc cover over 30 years of John Pickard’s career. They are not presented chronologically, however, but sequenced rather to form a trajectory from darkness (The Gardener of Aleppo, Daughters of Zion) to light (The Phagotus of Afranio and Ghost Train), though with much intermingling of the two along the way. Like the cantata Daughters of Zion, beautifully sung by Susan Bickley, The Gardener of Aleppo (2016) deals with conflict and suffering. It honours Abu al-Ward, who maintained a small garden centre in civil-war-torn East Aleppo until a stray bomb tragically killed him. The work’s scoring for that most euphonious of ensembles – flute, viola and harp – emphasises the fragility of existence (floral and human). Forget any notion of Debussian rapture: this is an essay in loss, the musicians fully aligned only in the central span, otherwise following ‘independent tempos’.

‘The Nash Ensemble are on top form here, and BIS’s sound is stunning’

Isolation and darkness of different sorts colour Snowbound (2010), a trio for bass clarinet, cello and piano. A study in lower sonorities, the title tells you all you need to know, with some wonderfully wintry imagery in its 10-minute discourse. (The only work here to have been recorded before, it is slower paced than its Toccata Classics rival but just as compellingly realised.) Things lighten – figuratively and texturally – in the earliest work here, the delightful Serenata concertata (1984), a mini flute concerto with an accompaniment of clarinet, piano trio, double bass and – in the magical concluding Aria II – offstage flute; both flute parts are performed brilliantly by Philippa Davies.

Whereas the Three Chicken Studies for solo oboe (2008) are a light-hearted, occasional set, The Phagotus of Afranio (1992) is more integrated; a fantasia inspired by the bagpipe-like instrument once (mistakenly) believed to be a precursor of the bassoon. The imagined, not entirely successful attempt of a performer to master it is a delightful example of Pickard’s compositional whimsy. The concluding Ghost Train (2016) is a perpetuum mobile based on the ‘Dies irae’ plainchant depicting the eponymous fairground ride with a good deal more thrills (and frights) than one usually encounters. The Nash Ensemble are on top form here, and BIS’s sound is stunning. Guy Rickards