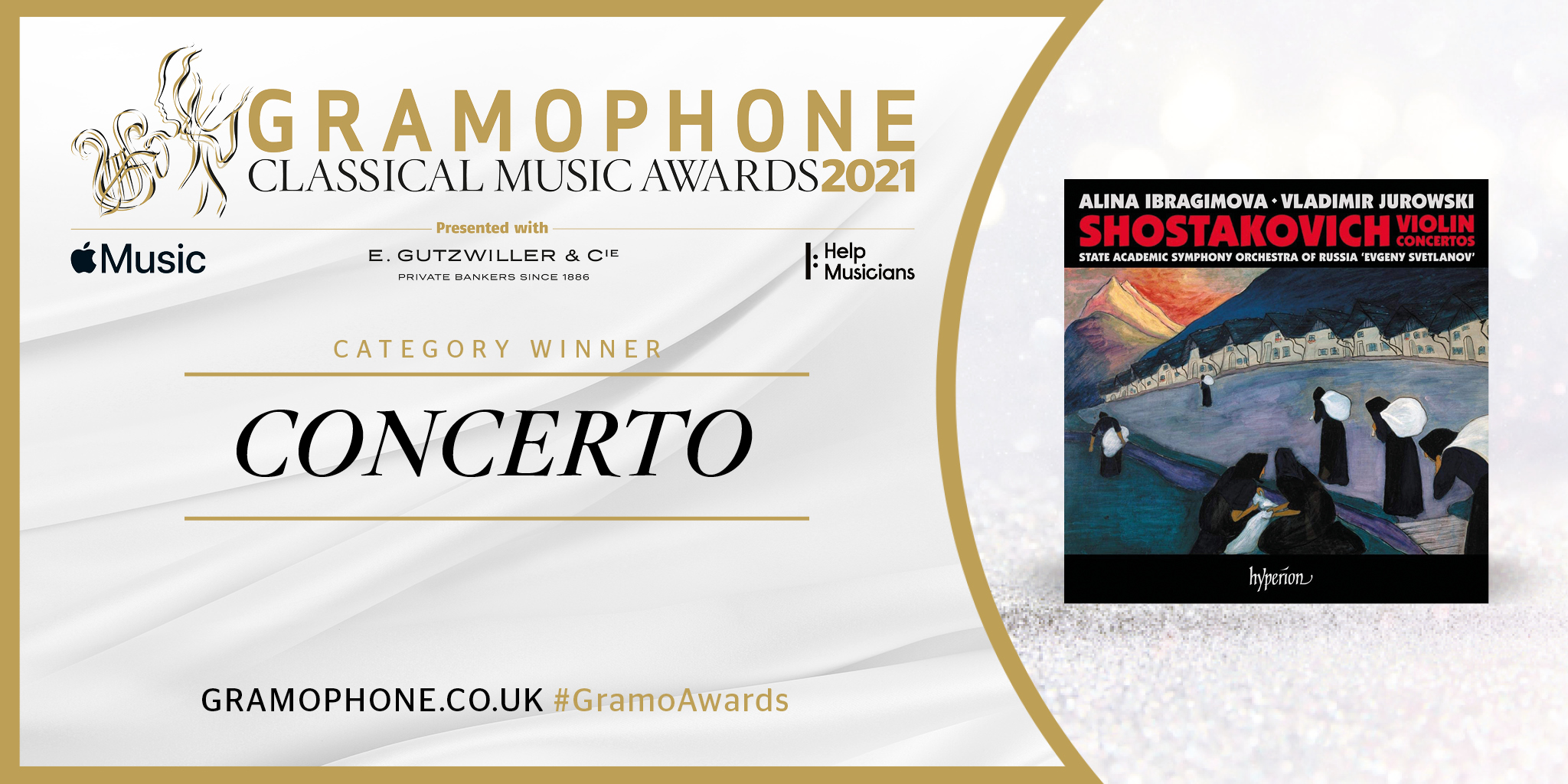 If there’s one factor above all that sets these performances apart it’s the osmosis between soloist and conductor. There’s a musical and intellectual friction going on here and it has to do with the balance between head and heart. If you listen to Maxim Vengerov and Mstislav Rostropovich in the First Concerto (Teldec, 2/95) – the more ‘public’ of the two – the heart rules, passion prevails, and the outcome is more overtly ‘romantic’ than anything you’ll hear from Ibragimova and Jurowski.

First off, Ibragimova’s playing has an unvarnished truth about it. It’s the kind of playing that looks you unblinkingly in the eye and tells it like it is. She’s not afraid to ‘invade your space’ or apply pressure to the sound until its rawness is almost unbearable. But equally she (and Jurowski and his marvellous orchestra) catches the emotional remoteness at the dark heart of the first movement and especially in the moments before the chill of celesta opens up another magic casement to the composer’s inner world and the soloist ascends to create a kind of halo of sound above the deep tolling of the tam-tam.

‘Deliberate and remorseless at first, the intensity goes off the scale as its delirium builds’

From soloist and conductor, the bone-dry Scherzo is the dance equivalent of a rictus grin – gritty, pugnacious and then some. Strings could snap under this kind of trenchancy. And then there’s that extraordinary Passacaglia which attempts to lend foundation and even a degree of nobility to perhaps the most emotive ‘aria’ Shostakovich ever penned. Ibragimova calls to mind Katerina’s suicidal oration in the closing scene of Lady Macbeth of Mtsensk – and any feelings that have been held in check are then vented in the cadenza. Deliberate and remorseless at first, the intensity goes off the scale as its delirium builds.

The Second Concerto is a much more personal (indeed individual) statement and one in which the words ‘in confidence’ are repeatedly called to mind. Its three cadenzas are essentially conversations with self and even the relationship with the orchestra is different, with the soloist seeming to ‘commune’ with it collectively and individually. Her dialogue with the bassoon – Shostakovich’s instrument of choice for solitude – has the feeling of being ‘overheard’ and that’s as much to Ibragimova and Jurowski’s credit as the composer’s.

Street songs – like the nagging little ditty used in The Execution of Stepan Razin – add a layer of irony and cynicism to the mix (as in you don’t always know what the composer is really saying), but there’s one moment in this piece that I covet and it comes at the end of the slow movement when the solo horn brings an air of hopefulness into the equation. It’s Shostakovich as Schubert and it’s indelible. Edward Seckerson