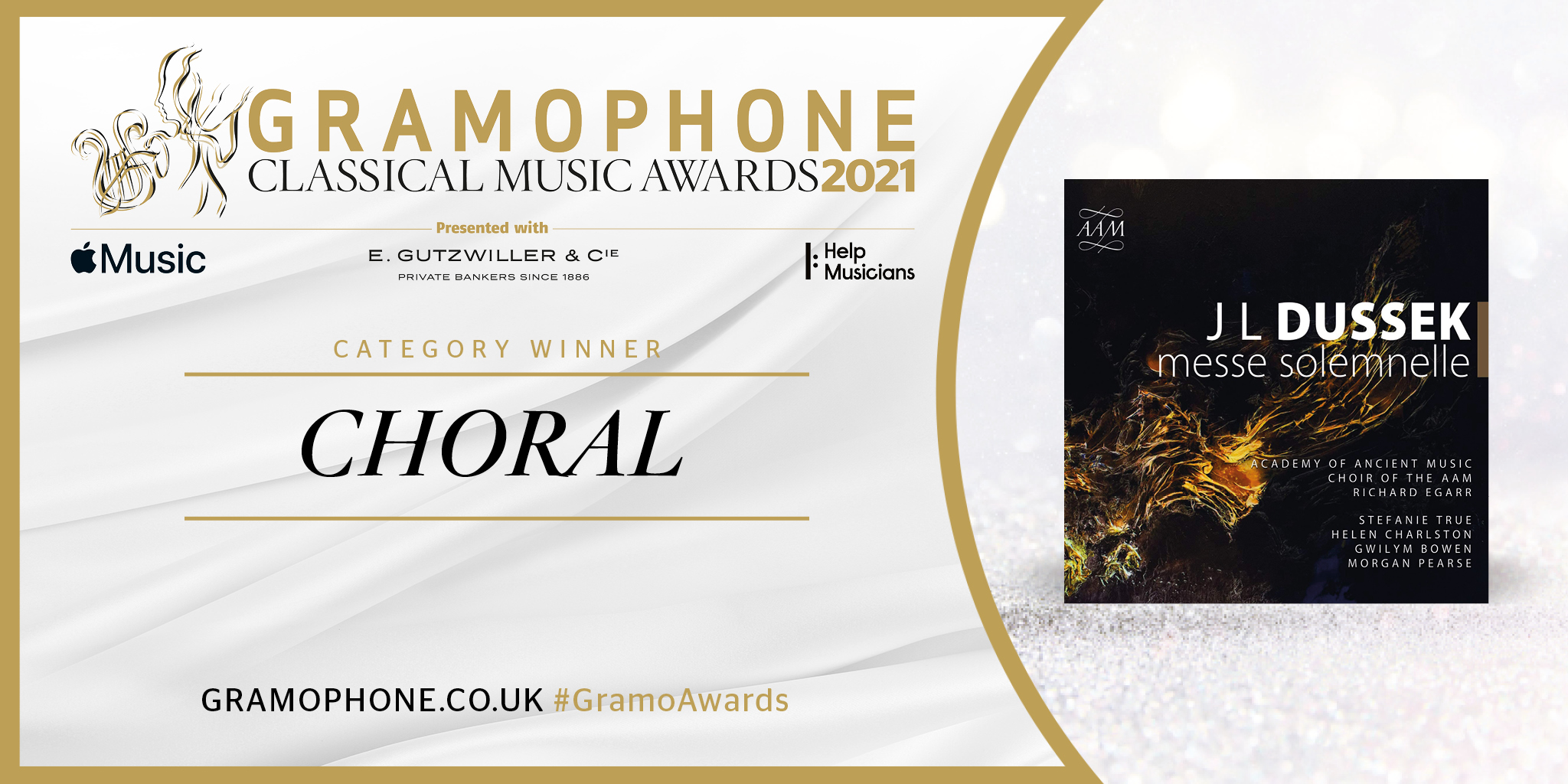 The Solemnal Mass of Jan Ladislav Dussek (1760-1812) appears to have been composed for the name day in 1811 of the euphoniously monickered Princess Maria Josepha Hermenegilde Esterházy (née Liechtenstein). She it was who was entertained annually by Haydn’s six late Masses, as well as by later such works by the likes of Hummel and Beethoven (his Mass in C), despite her husband’s lack of interest in music much beyond simple march tunes. Dussek is best known now via his teaching pieces for piano, although he was a versatile and wide-ranging composer, popular in his day and accompanied by a whiff of scandal that saw him criss-cross the continent, covering an area from St Petersburg to London as he fled revolution, bankruptcy, accusations of sedition and, shamefully, his wife and daughter.

There is no proof that the Mass was performed at the time and it has since been known only as an entry in a Florentine library catalogue. Richard Egarr, intrigued, managed to extract the manuscript and have it edited for a performance in October 2019 that might well have been its first, and for this subsequent premiere recording. It’s an imposing work, ranging widely in mood but without the tautness that so characterises Haydn’s late Masses; in terms of language, it sits somewhere between Haydn and a constellation consisting of the likes of Beethoven, Cherubini and even Berlioz. Choral writing alternates with sweet-sounding solos and ensembles – especially a charming ‘Benedictus’ – and is not without some well-crafted counterpoint at the traditional points. Perhaps there is little of real depth, although an emotional response is hinted at in the hushed urgency of the ‘Sanctus’ and ‘Agnus Dei’.

Dussek himself could scarcely have hoped for a performance as fine as this one, with the Academy on top form, a well-drilled choir of 20 clearly in thrall to Egarr’s infectious enthusiasm for the work and four finely matched soloists imparting plenty of personality. The presentation, too, is worthy of the evangelical nature of the project, with a 100-page booklet containing biographical and musicological essays, bespoke artwork, performance photos and facsimiles of the manuscript, not to mention recipes for treats that Dussek might well have consumed – he clearly enjoyed food and liquor, and died, corpulent and gouty, not long after writing the Mass. It’s a fascinating work and an important project, impressively recorded, exquisitely presented and enthusiastically recommended. David Threasher