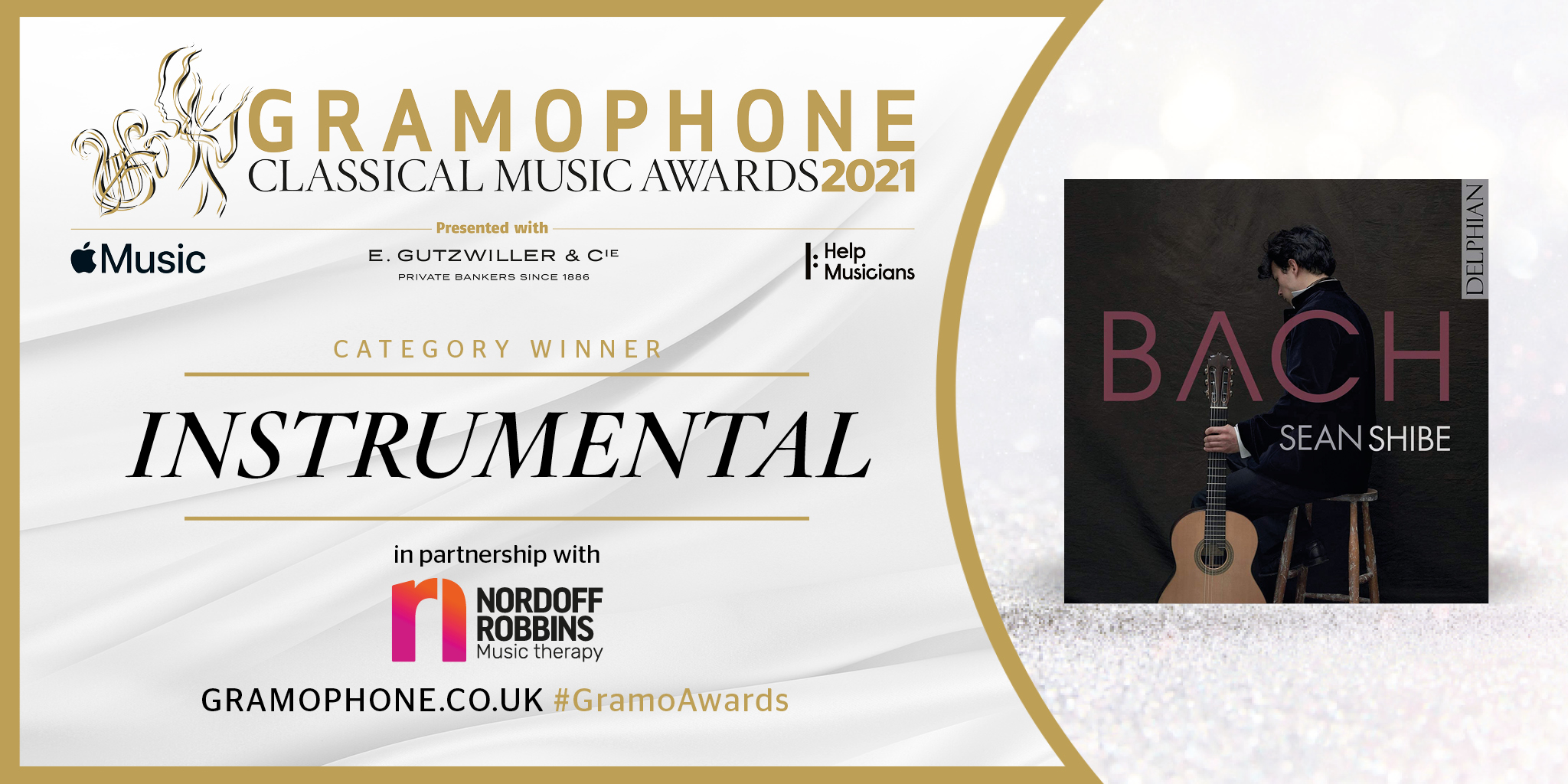 Can you ever speak in elevated, grandiose terms about a classical guitarist? You want to avoid weight, to find instead phrases of lightness and simplicity. Yet after listening to Sean Shibe’s magnificent new Bach recital, when I reach for comparisons I don’t go to other guitarists. Or even lutenists. I go to a musician like the violinist Rachel Podger, or the pianist Angela Hewitt. Because, as with Shibe, and to paraphrase Schweitzer, their Bach so clearly sounds like it must be a summation of everything that has gone before. Except of course we’re talking about their own musical knowledge and experience. Not the music of those hapless composers unlucky enough to exist solely to make a Bach possible. So, ideally, you ought to listen first to Shibe’s previous two recordings to get the most out of this one.

‘Has the Prelude, Fugue and Allegro ever sounded so contemporary in its nostalgic sweetness and, in the final movement, sheer unabashed joy?’

On the Bream-ful ‘Dreams and Fancies’ (9/17), he miraculously unifies the disparate humours of Dowland, Britten, Walton and Arnold. On ‘softLOUD’ (A/18), he invites us to an electroacoustic house party for strange bedfellows Anon, James MacMillan, Steve Reich, Julia Wolfe and David Lang. On the present recording, Shibe applies the musical and interpretative qualities that characterise its predecessors – energy, reflection, eclecticism, integration and emotional candour – to remind us that Bach might have been singular but he contained multitudes. Including those not yet born.

The flow of the E minor Suite’s Prelude is subtly arrested by expressively arpeggiated chords which throw into sharp relief a cut-glass Fugue that attunes the listener to rippling yet clearly defined semiquavers and tastefully applied ornamentation in the following dance movements. I like, too, the pointing up of the similarities between the BWV997 Partita’s Fugue and the previous Suite’s Gigue, while the intelligent use of sweetness of tone and rubato, as in the exquisite Sarabande’s third bar, is very fine. And has the Prelude, Fugue and Allegro ever sounded so contemporary in its nostalgic sweetness and, in the final movement, sheer unabashed joy?

Somewhat perversely, I’m reminded of that formidable doyenne of the harpsichord Wanda Landowska saying to cellist Pablo Casals: ‘You play Bach your way and I’ll play Bach his way.’ In reality, like Shibe, they both played Bach both ways. And with conviction. And love. William Yeoman