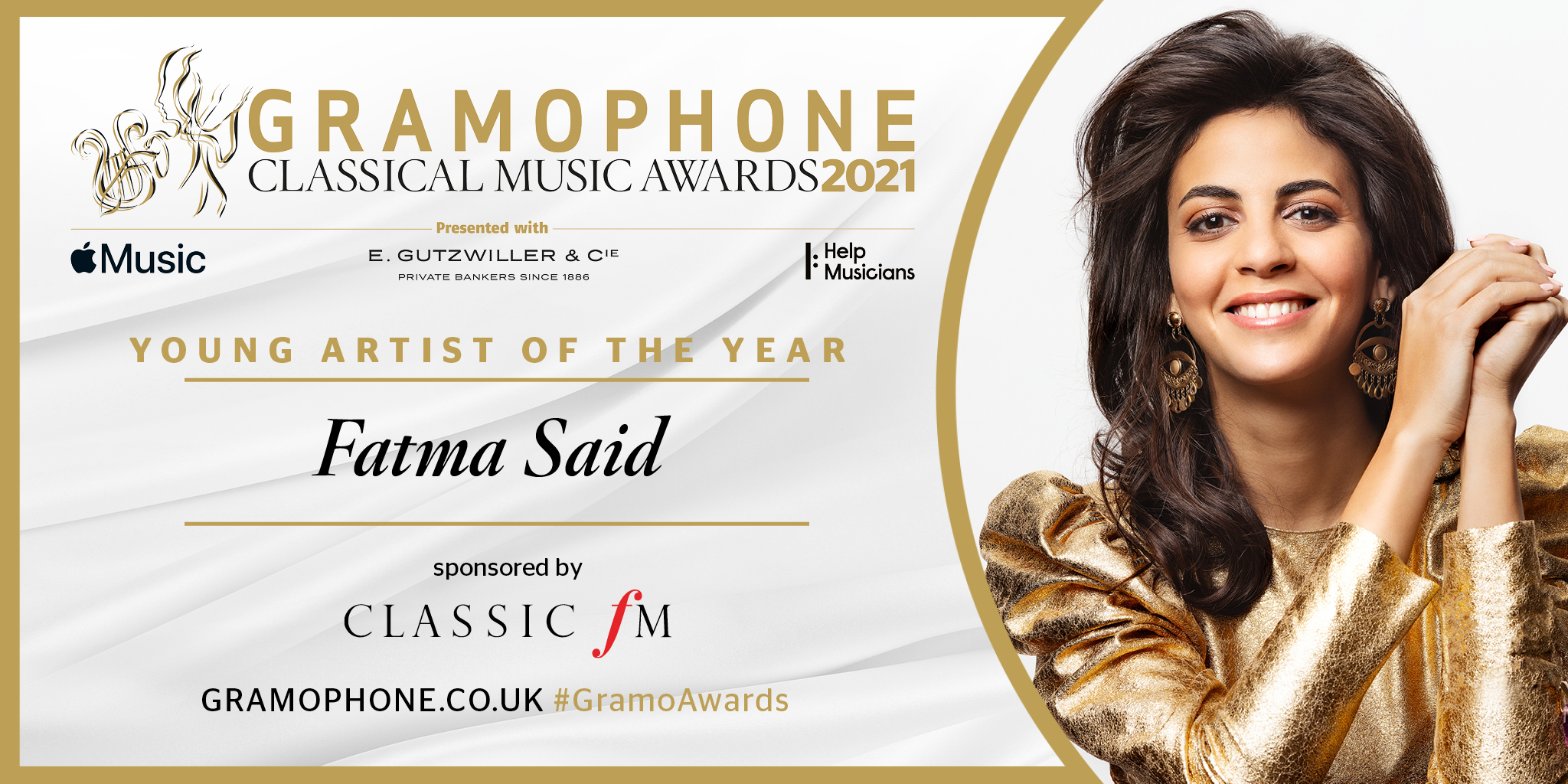 It should perhaps reassure readers that critics read – and even trust! – the words of other critics. It was Neil Fisher’s five-star review a couple of years ago in The Times that alerted me to Egyptian soprano Fatma Said. She held the Wigmore Hall audience ‘in the palm of her hand for two hours – no matter which of the six languages she was singing in’. A former BBC Radio 3 New Generation Artist, she was clearly someone to listen out for.

Said took her first singing lessons in Cairo at the age of 14. After graduating from the Hanns Eisler School of Music in Berlin in 2013, she was awarded a scholarship to study at the Accademia del Teatro alla Scala in Milan, becoming the first Egyptian soprano to perform on that fabled stage. Eleonore Büning labelled her Pamina there ‘a discovery’ in the Frankfurter Allgemeine Zeitung. She also sang Amour in the Hofesh Shechter/John Fulljames Orphée et Eurydice alongside Juan Diego Flórez and Christiane Karg. Both productions were captured on DVD. Said made her BBC Proms debut in 2019, singing Mozart’s Requiem under Nathalie Stutzmann. She hasn’t built up a large operatic repertoire yet – Covid put paid to a Zerlina in Naples – but it was only a matter of time before a major label signed her up. Warner Classics duly swooped.

I reviewed Said’s debut album ‘El Nour’ last year – our ‘Song’ category winner this year – and really enjoyed her engaging delivery and her bright, silvery soprano voice. Her programming encompassed French and Spanish repertoire, including a vividly characterised Shéhérazade, along with Egyptian art songs that were quite the revelation. There was imagination too, including the breathy presence of a ney in ‘La flûte enchantée’. The six Spanish songs, including Falla, Obradors and three of Federico García Lorca’s Old Spanish Songs – accompanied by the guitar – are absolute knockouts and made me want to hear more.

During the brief window between lockdowns last autumn when audiences were allowed back into concert halls once again, I caught Said in recital at Wigmore Hall – one of the few international artists to appear there thanks to a recent move to London. She and Joseph Middleton performed a wonderful programme under the title ‘Flowers and Dreams’, mixing German lieder on a floral theme with dreamy French mélodies and Scandinavian songs, all the way to Bernstein, Stephen Foster and Kurt Weill. The stylish ease with which Said shifted between these different styles was impressive, but what was just as striking was her rapport with Middleton and her lively sense of communication with the sparse (socially distanced) audience. With so many concerts streamed from empty halls in the past year – Said and Middleton gave an excellent Leeds Lieder programme under such circumstances in the spring – one could sense the palpable thrill of performing to a ‘real’ audience again. Her confident stage manner and vivid storytelling mark her out as an already accomplished recitalist. Lucky London to have her resident. Mark Pullinger

Young Artist of the Year 2021 playlist

Listen to our ‘Fatma Said – Young Artist of the Year 2021’ playlist exclusively on Apple Music. If you are not yet a subscriber to Apple Music, it is free for the first month, boasts a catalogue of more than 75 million songs and offers lossless streaming, as well as albums in Spatial Audio. We've produced a guide to introduce the immersive listening experience of Spatial Audio here: Apple Music's spatial audio with Dolby Atmos – what is it and how do you get it?