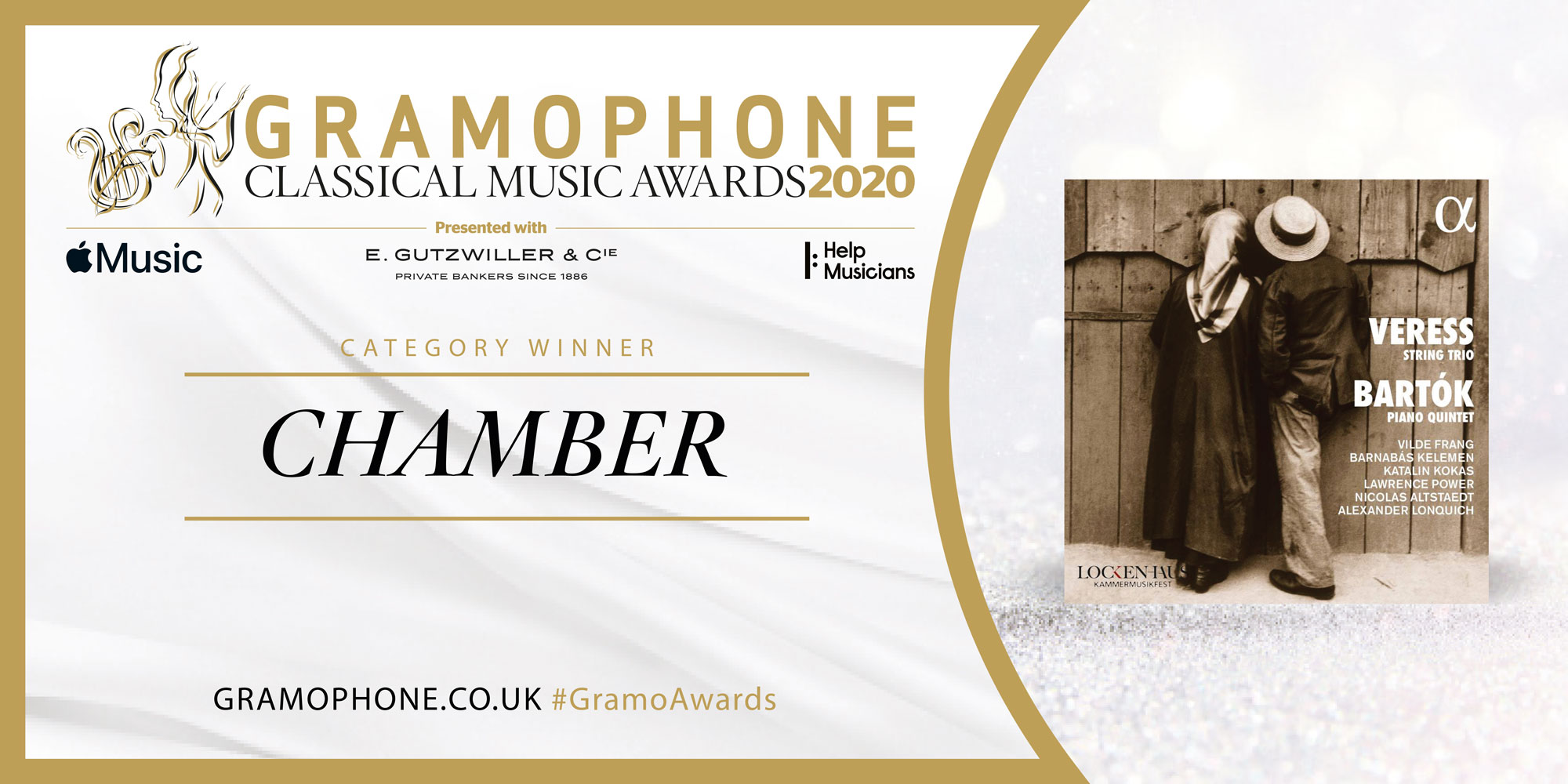 If you pan back to 1954 in search of the year’s finest music, Vaughan Williams’s Tuba Concerto and Lutosławski’s Concerto for Orchestra are among the best-known highlights. But what about Sándor Veress’s only String Trio? It flirts with atonality much as Alban Berg did, except that, whereas Berg echoed Mahlerian expressionism, with Veress experimentation encircles Hungarian folk music. Even the Trio’s slow-fast binary form recalls the rhapsodies of Liszt and Bartók, though music near the start of the second section recalls the firefly Scherzo from Prokofiev’s Third Symphony (here Frang and her colleagues really do play up the resemblance – whether consciously or not I couldn’t tell you).

The level of invention is startling throughout, with the players being instructed to rap on the bodies of the instruments with their knuckles. The principal rhythmic ‘riff’ appears in various guises, bowed, plucked and drummed. But what’s most amazing is the work’s high level of concentration: although a mere 20 minutes in length, by the time you’re through with it you feel as if you’ve experienced an entire Mahler symphony. So much is said, so many varied sounds shared between three. The only work I can think of that has a similar effect is by Veress’s principal creative guide, Bartók, his Third Quartet. I’d say with some degree of confidence that this Trio approaches that same level of attainment, vying with Schoenberg’s Trio in its profound effect, while Vilde Frang, Lawrence Power and Nicolas Altstaedt grant it a superb performance, the best I’ve yet heard in fact.

‘I think it fair to say that Kelemen, Frang, Katalin Kokas, Altstaedt and Alexander Lonquich sell this lovable product of youthful creative excess more securely than any of their predecessors on disc, certainly any that I have encountered’

Memorable rival recordings include members of the Merel Quartet (Cybèle Records), which, though well played, isn’t on quite on the same level, while Ensemble Equilibres (Hungaroton) underline the work’s Bartókian roots. Neither threatens the supremacy of Frang et al, though it’s useful to know that both are programmed in the context of other chamber works by Veress.

Bartók’s Piano Quintet, a product of 1903 and an altogether more modest affair, summons Brahms and Strauss as obvious influences. The composer was in his early twenties when he wrote the work but a couple of decades later, when he performed it as part of a programme including more characteristic pieces, Bartók was incensed by audience members who rated the Quintet highest of all. He even hurled the score to the ground in disgust and was thought to have destroyed it, though fortunately for us the Quintet, an enjoyable piece by any standards, survived his anger. At times the brooding Adagio suggests Bluebeard’s shadow before giving way to the temperamental finale, which accelerates gypsy-style (the principal theme harbours a sure reference to Brahms’s Zigeunerlieder), and surveying numerous expressive techniques and tempo changes, including a trim fughetta. Barnabás Kelemen and friends keep the camp fires alight with playing that is both intense and dynamic, whereas the slower music has a dreamily rhapsodising quality about it.

Runners-up on CD include Jenő Jandó with the Kodály Quartet (Naxos, 10/95), a good performance though nowhere near as vivid or fiery as the performance under review. Nor does Hungaroton’s worthy recording with Csilla Szabó and the Tatrai Quartet prove a formidable contender. So I think it fair to say that Kelemen, Frang, Katalin Kokas, Altstaedt and Alexander Lonquich sell this lovable product of youthful creative excess more securely than any of their predecessors on disc, certainly any that I have encountered. But what makes this CD unmissable is the Veress Trio, a masterpiece and a performance to match. I’ve already pencilled it in as a potential contender for next year’s Gramophone Awards. The annotation is excellent, including a fine essay on the Trio by Sándor’s son Claudio, also a composer.