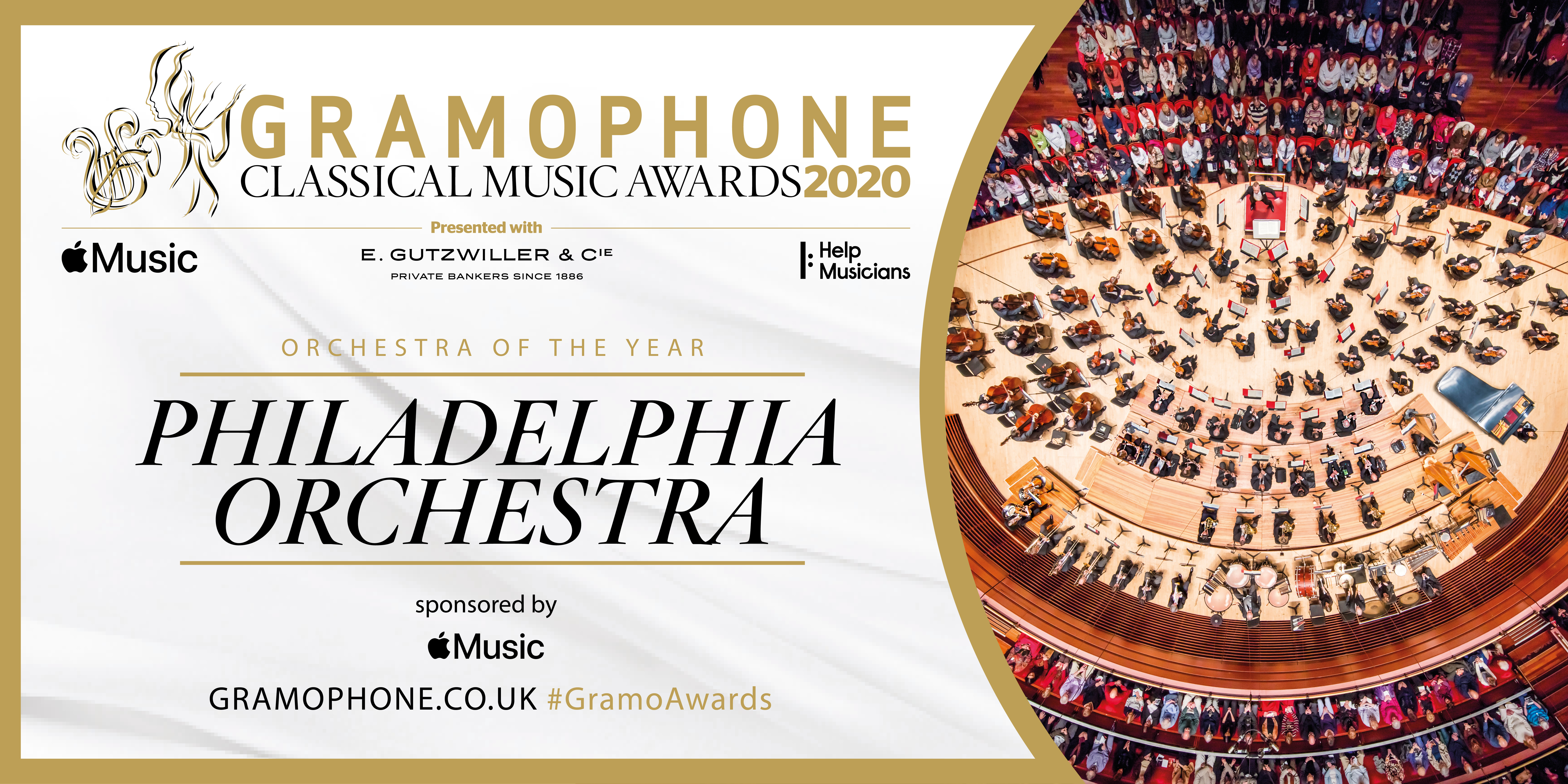 Like all heavenly bodies, the Philadelphia Orchestra moves in and out of eclipse.

Now voted Orchestra of the Year from a global shortlist of 10 ensembles nominated by Gramophone, the Philadelphia Orchestra was, just 12 years ago, not only omitted from Gramophone’s list of the world’s top 20 orchestras but also discussed under the heading of ‘past glories’ along with the long-defunct NBC SO. The current triumph isn’t so much a comeback or resurrection, but a re-emergence from one of the darker periods in the orchestra’s history – aided by the distinguished musical DNA accumulated over its 120-year history and the leadership of music director Yannick Nézet-Séguin. It’s a case history that suggests past greatness isn’t insurance for a stable future but does provide a firm foundation for renewal when the stars are favourably aligned.

In the orchestra’s previous peak period, Sawallisch (1993–2003) left the orchestra in fine shape but was so infirm near the end that musicians seated near the podium rehearsed stashing their instruments under their seats to catch the maestro if he fell. Eschenbach (2003-08) was quickly appointed: a good bet, but the relationship never gelled, with his long absences (conducting a mid-season Ring cycle in Paris, for example) and a flexible, spontaneous manner that was the opposite of Sawallisch’s Kapellmeister tradition. By 2010 – two years after the orchestra’s fall from grace in Gramophone – the orchestra had artistically stabilised during the interim appointment of Dutoit (2008-12), but the same couldn’t said financially – by 2011, the orchestra was facing impending bankruptcy. Some musicians retreated into early retirement or teaching; others, such as concertmaster David Kim, emphatically reaffirmed their commitment to the orchestra, come what may. The reward was Nézet-Séguin, who had made a love-at-first-sight debut in 2008 and became music director in 2012.

Nézet-Séguin was already working with Orchestre Métropolitain de Montreal and the Rotterdam Philharmonic; he was also in demand as a guest conductor around the globe. Was he ready for such a major commitment? He got ready. The artistic learning curve between 2008 and 2012 was dramatic on every level. Though his unguarded, affable personality is a plus, one Philadelphia musician describes the core of his appeal in automotive terms: ‘He knows everything that’s going on underneath the hood.’

Post-bankruptcy, the orchestra’s overall character changed. If Philadelphians existed in a complacent ivory tower under Sawallisch, they did no longer in annual China visits that were as much about outreach – working with autistic children in Shanghai, raising money for earthquake victims in the provinces – as they were about formal concerts. A 2017 Mongolia tour lost government funding weeks before departure but still saw a smaller-than-planned contingent playing all over Ulaanbaatar. (Principal horn Jennifer Montone even lodged in a yurt with no address).

The orchestra’s expressive range has broadened, and not just because vocal and choral music are a greater part of the mix. After recording the great 19th-century symphonies with the swift, lean Chamber Orchestra of Europe, Nézet-Séguin brought similarly vital tempos back to Philadelphia but with its famously lush sound.

That Philadelphia sound now feels and functions differently. Stokowski’s tenure (1912-41) created an unprecedented sound through unsynchronised bowings. Ormandy (1936-80) applied the sound less discriminately, while Dutoit cultivated a more transparent, coloristic prism. Now, the Philadelphia sound is always detectable but heard in full cry only when needed. Unlike conductors such as Klemperer or Toscanini, Nézet-Séguin has no single way of doing things, no interpretive trademarks (except, perhaps, fast tempos). When returning to signature repertoire (Tchaikovsky, etc), he and his players re-examine scores to the letter.

Audiences in Philadelphia often fret that his life will be taken over by his Metropolitan Opera music directorship. But the two institutions are, by jet-set standards, all but next door. It’s not unusual for him to conduct a matinee in one city, then travel 80 miles for an evening performance in another. Again, concertmaster Kim provides unwavering support. ‘Let us help carry you,’ he has told Nézet-Séguin on his more overworked days. Who could walk away from players like that? David Patrick Stearns